I was playing volleyball and drinking some beers with friends on the beach the other day, and one buddy said he wanted to wrap it up soon because he had his first day of the semester in the morning.  This guy is over thirty, waits tables, and he is working towards finishing his undergraduate degree.  He wasn't so concerned about being rested to get a good start in his classes but because he wanted to make a good impression on his hot female professor.  How does he know she is attractive?  Well, apparently there is a website where people rate their teachers on all of the more important aspects related to their job but also they get a chili pepper if they are deemed "hot" by enough students.  Can you believe this?

A couple of women we play volleyball with came over to sit out a game while we were having a beer and discussing our friend's first day of class.  I like making sure everyone is up to speed so I said, "Hey, girls.  If you're just joining us, Bob here is trying to bed his professor tomorrow morning."  I like Bob because he wasn't at all embarrassed and filled them in on the whole chili pepper thing.  The girls said that he needs to bring her an apple.  I said he should sandwich it with an apple at the beginning of class and offering to clean her blackboards at the end.  He pointed out that no professor has used a blackboard in like 10 years.  They all laughed and that got the steady "goof on someone" onslaught off of him and onto me for a while.  We all get it for a portion of the day, and it's all in good fun. 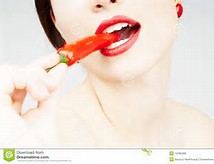 I texted him recently to ask if La Senora Caliente was worthy of the chili pepper rating, and apparently she is.  He said he wants to tell me all about it over a beer when next we meet, and I'm greatly looking forward to it.

In other news, here is a cool song I heard on Sirius radio the other day.  It's called "A.C.D.C." from 1972 by Sweet, the guys who brought us "Fox On the Run" and "Ballroom Blitz."  It's really ahead of its time if you ask me, because it's about a guy dating a bisexual girl who fools around with tons of women.  Rivers Cuomo from Weezer would write "Pink Triangle," another terrific song, years and years later about falling in love with a lesbian.  At least I thought it was about a bisexual chick, but then in the second verse they sing "you aught to see her ding-a-ling . . . In any event, "A.C.D.C." has been on my head all day today.  It's a terrific sleazy, pop, punk, glam, hard rock song impossible to pin down into any specific category.  Give it a listen.

And I give you all, my favorite readers a chili pepper rating of your own.  Make that two chili's.
Posted by Dr. Kenneth Noisewater at 7:41 PM 5 comments: