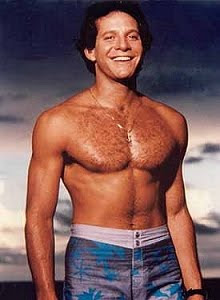 In the film "Three Men and a Baby," the Ted Danson character knocked up the mom of the baby who he and his grown-ass-man roommates would later raise as their own. Then in the really shitty sequel to an already not great movie, "Three Men and a Little Lady," the Tom Selleck character falls in love with the mom and no doubt gives her one of his famous mustache rides.

This leaves only Steve Guttenberg with no carnal knowledge of this chick. Now, if they made a third film where "The Gutes," as I call him, finally gets to tap that, it should be called:

"Three Roommates and a Gaping Vagina"

"The Jewish One Finally Tapped That."

Semen and a Slut Lady.

Haha! You two both had great entries here. Entries like those three men and the one lady.