One reason I haven't been posting in a while is that my ankle looks like this:
That trophy is prominently displayed on my shelf.

Which will soon be right next to Stinkor.

How Not To Relieve Midterms Stress

Sometimes when you don't have a blog topic you find yourself leafing through news stories: LeBron scores 40 for a Cleveland win, Kim Kardashian is naked in a magazine and her butt is still alarmingly big, European astronauts collected samples from a comet, and blah, blah, blah.  Then suddenly a news item is sent down from the bestiality gods: Fresno State student has sex with a sheep.

The student drank a lot of booze and was stressed about his computer engineering midterms, and ended up getting busted screwing a sheep and going to jail.  Big tests coming up when you are unprepared can be stressful, but a more productive means of reducing stress would be to study more.  I got pretty desperate in college, both for passing classes and having sex, but in neither case did sleeping with farm animals ever occur to me.  Furthermore, drinking too much isn't a good defense for banging a sheep because at no point in any stage of drunkenness have I known anyone to consider sheep sex.  Dropping standards a little, sure, but not switching species.  Now you're just a crazy person.

How would you feel if you spent your hard earned money to send your son off to college, and he never calls.  Hurts a little, right?  Then you finally get a call from Fresno, but it's the Fresno Police Department.  And they tell you that your son was just caught having sexual intercourse with a sheep.  That's a hard one to swallow.  Sure, we all experimented sexually in college. . . But not with animals!  Better get that engineering degree, son.  And change your name.  And get some therapy.  And move to the city so you're far away from any farm-related temptations.  And wash your wiener.  Gross.

What do you make of all this sheep sex, readers?  Or anyone else have a wild (but not sick and wrong) weekend planned?  Anyone have a crazy story from their carefree college days that they want to share?
Posted by Dr. Kenneth Noisewater at 6:20 AM 4 comments:

Labels: bestiality, college, drinking too much, stress, the news, Things not to do in Fresno

Last night when I was at a Lakeview neighborhood bar there were two giant groups of people and us.  In other words, If it weren't for these big groups, the bar would only have a handful of people in it.  First, there were participants in a sweatsuit pub crawl.  I talked to the founding father who informed me that he hosts this annual event right around the time of his birthday each year, and because it falls in November, the sweat suits are the perfect attire for the weather.  His only rule is that the sweat suits must be monochromatic (the tops must match the bottoms).  Birthday boy had a red, white, and blue one on with a U.S.A. embroidered on there, and it cost him $100.  This seems like a lot of money, but it looked really damn comfortable.  Plus we were saying that after wearing it again for the Olympics and World Cup, he will have recouped the losses.

The other group were members of Jewish fraternity having a reunion of one time.  It was the solitary Black member of the frat that said something during one of those quiet moments where an odd statement goes right into you head and stays with you all night: "Sorry, I couldn't hear you - my dick's too big."  I googled this quote and couldn't find it anywhere, so I guess I'll never know just what in the hell he meant by that.  It's funny, even if it makes no sense.  Actually, it's funny because it makes no sense.

I then got a text from an old friend saying he was headed to The Liars Club, which if you have been around this blog for a while you know this to be the best bar in Chicago.  This friend of mine recently split up with his wife who was cheating on him, and he has been dating lots of women.  This is the best way to get over events like this, I have found.  The guy is on a role too because he is in great shape and it seems like many of my friends over the years have had wives and girlfriends say how good looking he is.  He had one of his Tinder ladies out with him last night, so I was sort of third wheeling it.  We had fun for a while talking about some of their commonalities, such as both of them having giant tall dads.  His is 6'6" and hers is 6'8"!  I said that even if they don't work out in the long run, they should just go ahead and breed anyways to make a star volleyball or basketball player.  Then on a trip back from the men's room I saw the two of them talking very closely and intimately and Tinder Girl was grabbing at his schlong.  They were getting down with that notion of breeding in the very near future, so I saw this as a good time to leave . . . 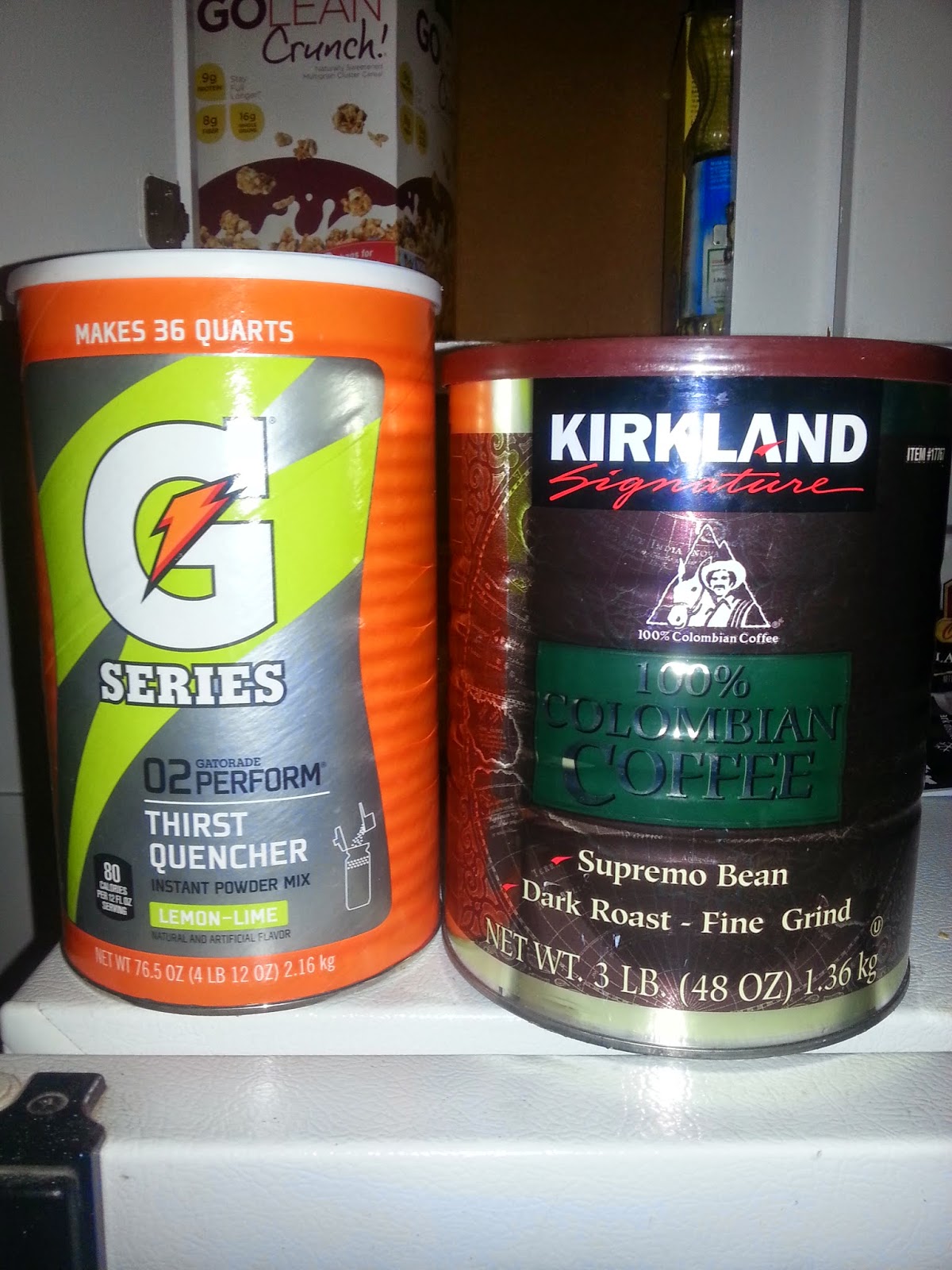 Here's a picture of me reading a long time blog buddy of mine, Mr. Shife's, book.  He asked that his people take pictures like this, but then he said he was doing too much promoting and felt weird about it.  Well, I will promote for him so that he gets the massive influx of my 7 readers over to his site.  It's the least I could do.  We have never met in person, but through blogging all these years, it's like we're close friends.  I couldn't be more happy to say that he is a published author.

And here is a picture that has been on my laptop for months now.  I forget where I found it, but it is from ancient China or Japan or somewhere, and it illustrates that try as you might, you have to admit that farts are funny in any time period or any distant land. 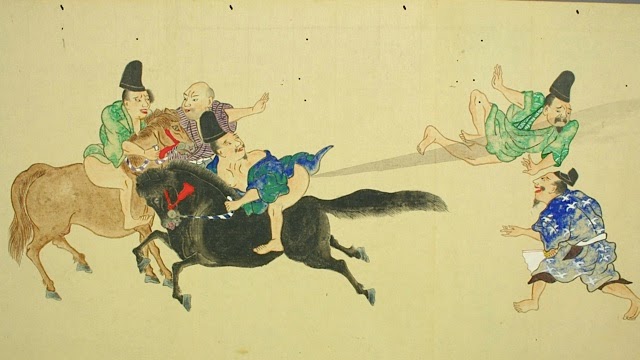 3. Type O Is the Awesome Type

It has been so long since I have been really passionate about a band.  I guess the last time would be when I got way into Kyuss around 5 years ago or so.  I just recently started listening to Type O Negative on a daily basis.  I listen to them at the gym, in the car, and late at night when I come home drunk.  That last listening session scenario isn't too popular with Mrs. Noisewater.  Type O struck that perfect balance of being heavy, funny, emotional, evocative, and just brilliant.  And the more you read about the late Peter Steele, the more you love him.

I read one story where he overdosed,  and when the doctors asked him what he was addicted to, he said "Cocaine, heroin, and redheads."  The doctors then asked his band mates what type of drugs redheads were, and his good friends and fellow band members just laughed.  Some of you may have noticed that the top 10 nude scenes podcasts I published on this blog a few weeks back all had Type O Negative music in the background.  This was for no reason, really.  They're just a great band.

The girls volleyball team I coach this season seemed to always show up to games and clam up, play all tight, and not give it their all.  All season it has been frustrating because practicing with them, I know what they're capable of.  I take this hard because I'm kicking myself wondering what I'm doing wrong.  What could I have done to get these girls more mentally prepared?  Well, tonight they pulled it all together and played their tails off like I knew they always could.  Tomorrow at practice it's all about letting them know that playing like that is how they need to play from now on.  Always.  Approach the game like that and do everything like that.  Work your butt off and control your own destiny.  That's what it's all about, friends.