I lost my aunt Linda recently. And that's a wrap on my extended family. I have a small family. My mother was an only child and my father had one sister - Linda. All my grandparents are dead, so I'm fresh out of grandparents, aunts, uncles, and cousins. And what's killing me is she was the extent of my extended family for 30 years and I never bothered to pick up a phone. I'm not saying I could have saved her from drinking herself to death, but I could have called her on her birthday at least.

My mom is the best person and someone who I love talking to, but she never just calls out of the blue. I was on my way to play volleyball with some friends I hadn't seen in a long time when I saw her call. Even though my Aunt Linda, while not in great shape, was not in any immediate known health risk, I knew it was the call saying that my aunt Linda had died. And I ignored it. Instead, I pulled into a liquor store to buy a six pack to drink on the volleyball courts. I grabbed a retro pack of Miller Lites and got in line behind a hardcore alcoholic who was getting a lecture from the man working the register. "Have you eaten anything today, Cleave? You need to eat, man." But he still sold it to him. I found it weird that Cleave should wander into that store with my aunt having just died of late onset alcoholism, and people close to her said she had similar patterns of drinking heavily and hardly eating.

I listened to the voicemail confirming what I already knew and got to the forest preserve where my friends were set up with tents, BBQ, coolers full of beer, and a volleyball net set up in a beautiful clearing of land. My volleyball friends gave me shit for never playing anymore because none of them have kids. They don't get it, but I don't get mad at them for it. They'll see. There's no time once you got kids. Through the course of the day I drained the whole sixer. I sucked for the first few games because I was tight, but believe it or not I got okay as the day went on - and I started hammering spikes. The piss I took in the woods led to those prickly things sticking to my gym shorts, and believe it or not they stuck to the shorts after a wash. What are those damn things?

Now, I may be a shit nephew, but my dad is a terrible brother. He has only been out to Colorado once to see her. My mom was actually friends with Aunt Linda before my dad met my mom - it was a set up. Isn't that nice? My mom is the one that went out to Colorado a couple years ago to help Linda clean out her apartment and try to get her back on her feat. My dad doesn't like traveling, so he didn't go. His wife went out there to help his sister out. My mom met one of Linda's friends out there who was trying to help, but Linda was pushing her away - likely due to the alcoholism. This friend was trying to give Linda some tough love, and I think the demons of alcoholism get threatened by that and push folks like that away aggressively. But the shock of the booze problem was news to my mom and all of us.

And it's weird because I never knew my dad to drink to excess until his 70's either. He started getting worried about his heart, got worried about a heart surgery, and starting hitting the sauce harder than ever. I had seen my dad drunk zero times in the 80's, 90's, and 2000's, and then late in the 2010's he was passing out, trying to order dessert after we just did, and my nephews were laughing at him as he was lying on the floor blind drunk. I can't help but think there was some unresolved stuff in my dad and Linda's upbringing, but who knows.

My mom and sister flew out a couple of weeks ago to clean out Linda's house and figure out what to do with her estate, and it's a total mess. The house is all over the place. She lost faith in U.S. banks and had money in all kinds of European spots, and there is no clear cut will of any kind. I have to go out there now in a couple of weeks and sort through all of the stuff. They need my manpower now to move all the junk around, but I really should have volunteered before they had to ask me to do it. In a lot of ways I'm a lot like my dad. Just trying to avoid problems.

My sister is a little older than me and remembers Linda in her glory days a little better than me. I guess my sister went to Linda's house and spent the night there. It was the first time my sister listened to records with headphones and it sounded amazing. Aunt Linda gave me a bunch of records, and that might be one of the last times I saw her. I catalog all my records in a spreadsheet and put in where I got them. Aunt Linda's records bequeathed (I know she was alive so not the right word- but such a fun word) to me are all in pristine condition, and I still think of her every single time I pull one out. Lots of Willie Nelson. Apparently she was quite an athlete in her day. My dad still boasts about the time the two of them beat me and my neighbor friend in 2-on-2 basketball on the driveway.

So off to Colorado I go. My sister came back a little depressed for a while, thinking about how sad it was for someone to die all alone like that. Her husband died around a dozen years ago or so, and that's when she slowly drifted off into alcoholism. Around a year or so before she died she had an incident where she fell and couldn't get up and was there on the floor for a day or two before getting any help. Jesus, I get sick just thinking about that. Imagine that. When my mom and sister were going through receipts they found that she had bought hundreds of dollars worth of vodka and then would find another receipt for just as much vodka few days later. My two sons are amazing for a lot of reasons, but one really good reason is someone will hopefully give a shit about me when I reach that age and not let me slip into that state. I mean, daughters would be better in that capacity, but I like to think I'm charming enough to keep it going into my twilight years.

I always enjoyed the cards you would send with your own photography. I have no idea why you wanted to live in the middle of the mountains where you had to have a gun with you at all times in case of bears, but I have to admire the badassery involved with that decision. Jesus, the mailman wouldn't even go up to where you lived. We had to send stuff to a P.O. Box. Anyway, I'm sorry I was a shit nephew and didn't pick up the phone to give you a call. You were probably lonely but too proud to reach out yourself.

So my kids go to two different locations every morning. The 4-year-old (Erik) is going to a Catholic preschool for in-person masked-up learning, and the 1-year-old (Desi) is goes to his nanny. More often than not I have been picking them up with the bicycle and the little chariot thing that they ride in. Sometimes it's the only time I get outside, and I figure life is going really, really suck when it starts getting cold out soon. Also, there are times where it's my only exercise for the day. It's about 8 miles there and back, and that's no easy task when you're pulling all that weight.

I got some of it down to a science. One thing that has been working out great is using one of those exercise belt/fanny pack deals with the water bottle holsters. I found one that will fit my mammoth phone, my Costanza wallet, my janitor style keys, and a Covid mask or two. I never feel good about stuff in my pockets when I'm biking. And then one trick I figured out is I could get a wire from my phone to a speaker tucked into one of the water bottle holsters, with that water bottle at home. Voila! Except when the 4-year-old wants to tell me about random things along the way so I have to pause the jams - such as jeeps and muscle cars that he has spotted on the road.

There are those days where Erik starts screaming because Desi is pinching him, but then there are other days where they're nice and quiet, I look back there, and Erik is holding Desi's hand. And that's just the best.

Posted by Dr. Kenneth Noisewater at 7:32 PM No comments:

1. So we were thinking of being the X-Men for Halloween as a family. I'm going as Gambit because I think he is just such a cool character who was never represented well in the films. The wife is going to be Storm. She and I are just going to piece together our outfits with thrift store stuff. Erik (who will be 4-years-old next month) is going to be Wolverine - probably will have to spring for a costume. And do you know what Erik said? "Do you know what would be funny? Desi (our 1-year-old) can be Professor X!" It's actually a great idea. We can push him in the stroller when we trick-or-treat and make the stroller look like a wheelchair with big X's for wheels, put him in a suit, and he's already pretty much bald. It's going to be great. If there is trick-or-Covid-treat. 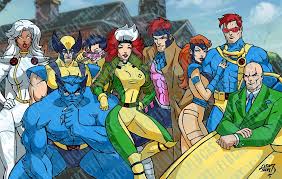 2. This upcoming weekend we are going to stay at a hotel with a swimming pool for a little "staycation." We got two adjoining rooms so that hopefully we can put the kids to bed and enjoy a little alone time. That's wishful thinking, so we will see.

3. I finally got my used mountain bike working and will test it out on some trails this weekend with my good friends Choo Choo Train and Night Train.

4. Today I took Erik to school with the jogging stroller for about a 1.2 mile run, and then did another 3 or so miles or so, pushing an empty stroller for a grand total of 4.38 miles. But then I was able to push it around the grocery store and carry groceries in it, so it felt worth having it. When I went to pick him up I walked the jogging stroller up there with his scooter and helmet in it, and we walked all the way to the library and back home, logging in another 3.72 mile walk for me. My feet are killing me now, so no running tomorrow.

5. One of my fantasy football leagues has a professional wrestling theme this season. This is a dream come true for me, but I'm a little disappointed in myself for not coming up with a good team name. So far my finalists are The Diamond Dallas Cowboys or The Dog Faced Gremlins. I'm not in love with either. Help me out if you can! 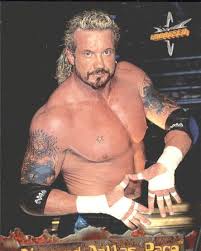 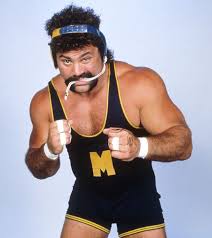