While having breakfast with Erik Noisewater this morning, I'm not exactly sure what made me put it on, but I keyed up "Enter the 36 Chambers" by The Wu-Tang Clan on my Sonos. I haven't listened to that one all the way through perhaps since the last millennium. As a matter of fact, this may have been the first time I have heard it in any other form besides cassette. You see, back in the mid 1990's when you bought an album, part of the process of deciding if you wanted the CD or the tape was whether or not you anticipated putting it on in the car or at home. You had to be rich to have a CD player in the car. Rap music to me was just cool as fuck to roll to in the car to like a pimp; leaned way back with one hand on the wall. You know, a white, dorky pimp.

There will never be another group like the Wu. A collection of rappers that talented from the same projects, all with something to say, with a sense of humor, with artistry and integrity, and with a brand new gritty style no one had ever heard. Very rarely can I listen to a rap album all the way through, especially as I get older. Even back then, I always thought it a little too bold of an idea when guys were coming out with double disc rap albums. But if there were 36 tracks on the Wu's debut, I gladly would have cruised the mean streets of my boring suburban town listening to every last one. Actually, it is so rare that I will listen to a rap album all the way through. I came up with this analogy, and let me know if it makes any sense to you.

Rappers are like professional wrestlers. So awesome to me back then, but as an adult I can't tell you anything about the modern day ones.

I could go down the rabbit hole from hell researching 1980's pro wrestlers, and I can still kick some rhymes when I hear those throw-back rap joints.

I have heard Kendrick Lamar is incredible, but I can't say that I have heard one thing by him. Still, I give him credit for going by his given name. Takes balls because those rapper names are so much more fun to think of and easier for fans to remember. Chance the Rapper sounds like just about the greatest guy for my city of Chicago, and I love everything he does for his home town. I just don't know squat about his music. It is like those lyrics just don't enter my brain like they used. They all soaked in there and stayed forever when I was a kid. I would hear a Beastie Boys song and have the whole song memorized after two listens. Now I hear that autotune sound and I just tune out, so to speak. There is no more room in my clogged-up, old balls brain.

Before the Internet there was no way to know for sure what all the lyrics were unless there was a lyric sheet in the album. Rap albums rarely had those. Metal albums almost always did, and they would even tell you which guy played each guitar solo. To figure out the rap lyrics I would put on headphones and write down each line and rewind them. Sometimes I would have to just jot down what it sounded like phonetically.

I'm almost always playing my Sirius radio stations in the car, but on the actual radio there is a station, 104.3, which is all old school hip-hop and R & B. The other day I heard them playing that Ja Rule duet where the girl goes, "Love it when you fuck me, baby." Haaaayoooooo! They forgot to play the edited version. Young Erik Noisewater learned some new fun words in his car seat that morning. Some of the songs I never would have thought of until they popped up in the car 30 years later. For instance, "Freak Like Me" by Adina Howard.

This slice of R & B badd-assery came out a few years before Lil' Kim or Foxxy Brown. No woman back then was announcing that she was "freak," liked to hit it and quit it, and was every bit of a "dog" as the fellas, whilst she stuck her disproportionate derriere into the camera.

Hey, so I have to run. Baby Noisewater has a 1st birthday party for one of his little friends. That's our life now. Right or wrong. Anyone have any thoughts on old school rap, wrestling, song lyrics, or anything at all? Hit me up in 'dem comments!
Posted by Dr. Kenneth Noisewater at 7:43 AM 5 comments:

I got a snow day off from work so I spent the day with Baby Noisewater. Chicago got around a foot of snow on Friday, and it's still coming down on Saturday. Not much on the agenda on a snow day other than a snow journey, so I bundled the little guy up and outside we went. It's hard for him to walk in boots, which led to him falling face first into snow. He didn't even cry. His freezing face didn't even effect his mood. In fact, he was greeting strangers on the street by saying, "Hi." and then warning them, "coooooold." That's his version of small-talk banter with the neighbors.

It looks like the Noisewaters will be closing on a condo very soon and staying in the fine city of Chicago. Not only will I be a homeowner for the first time, but I'm pretty excited about some things that often escape me in shitty apartments such as in an unit washer/dryer, a dishwasher, a spare bedroom, and my very own parking space. I know these amenities come standard to a lot of you, but this is some high class baller-ass shit to a guy like me. Scrubbing dishes all these years has made me very humble, and it's time to finally kick back and relax.

I told you all a few posts ago that we have been making an extra effort to save money, and one way we are doing this is to use a Google Docs spreadsheet to log in everything that we spend for a month. I highly recommend trying this out to make yourself more self-conscious of all the junk you buy that you don't need. When you find yourself in the checkout aisle eyeballing that Payday candy bar, you suddenly think, "Do I really want to log that $2.12 into the spreadsheet?" Also, you and your spouse will be keeping each other accountable. It's not uncommon after telling your spouse about an expenditure to hear in return, "Did you put in on the sheet?" It actually works. Try it out for a month and come on back to leave in the comments how it worked out for you. 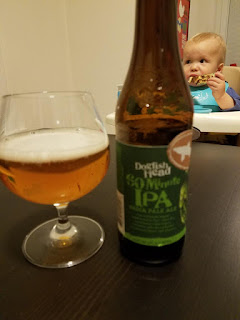 I also let you guys know a few posts ago that I was signing up for the Chicago Marathon that will take place in October. Actually, it's 238 days, 19 hours, 42 minutes, and 10 seconds away. Well, I got in! No backing out now. This will be my second one, and I'm a hell of a lot older now. I'm sort of training early, helping my buddy Night Train who has his first marathon in the Spring in California. His program calls for a long slow run every Sunday, which is perfect because I'm slower than he is. This Sunday is supposed to be a 12-miler, but with this snow we might go with the treadmills. It's pretty boring on the machines, but you can watch basketball, talk to your partner next to you, and the ones we use have courses with little TV screens showing you running your route in different locations complete with little facts along the way. Last week I chose running up and down the Haleakalā volcano in Hawaii because I sort of did that in Hawaii on my Honeymoon. Some dudes picked us up in a van at like 4AM to drive us up the volcano, we watched the sun come up appearing to be coming up through the mouth of the volcano like it was giving birth to the sun , and then we coasted down on bikes. Then we had the whole day beginning having already done all that awesome shit. It was one of the most amazing experiences of my life. Watching on the little screen at the gym wasn't quite as amazing, but at least it reminded me of a good time.

Hey, that's all I got, friends. Sorry nothing mind-blowing or eye-opening today. Just updates on the little life I lead. Leave a comment if you gave this a read and maybe I'll say something super in return.
Posted by Dr. Kenneth Noisewater at 8:07 AM 7 comments:

Better Work On That /s/ sound