I was at a party the other night, and there was this insufferable attractive woman with no filter blurting out all kinds of perverted things about herself.  I know what you're thinking, how is this a problem?  Well, she was the type who has no charm or wit so she has discovered that telling us about her boyfriend's big wang is the only way she could hold anyone's attention.

I don't even know how she got onto this next topic, but I'm guessing there was zero segue like all the other things she spewed. She began to tell us about being able to shoot ping-pong balls out of her vagina.  Not because she is a stripper, just because she wants everyone to know what a sexual dynamo and social pariah she is.

Trapped on a cramped balcony with this ding bat for an hour with her attention-seeking behavior led me to blurt out something strange of my own.  "I could shoot those ping-pong balls out twice as far out of my anus."  This rattled her.

"So.  I take like three dumps a day.  I have power out of my butt hole like you wouldn't believe.  I would launch those suckers down that whole hallway." 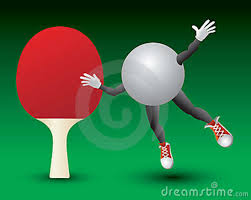 Jimmy Butler of my beloved Chicago Bulls had the picture below leaked onto the internet.  The first thing you may think is that by wearing this shirt he is summing up all that he thinks matters in life (drugs, his favorite body part of a woman, and what he uses to buy those two), and that would just be awful if he were that shallow.  But let's think of some other explanations.

First off, he responded on Twitter to say that he was sorry if anyone was offended by the shirt, but it matched his shoes.  I'm not making that up.

Jimmy just isn't good at making excuses, so let me take it from here, Jimmy.

Those are actually their nicknames from when they were growing up, Pussy, Money, and Weed (from left to right).  Weed is in reference to how tall Jimmy grew up as a kid.  Everyone back in Texas was always saying, "That boy is sprouting up like a weed!"  I hit a growth spurt as a kid, and people told me that all the time, so that makes perfect sense to me.

Actually, do you want the truth?  Here it is.  Jimmy had to meet his friends out at a bar to celebrate his friend, Pussy's, recent certification to become a certified yoga instructor.  His other good friend, Money, is holding up two fingers to signify that it took two long years of Pussy's time!  What hard work that young man put in!  Now, Jimmy knew that he had to remember to do a few things before he got home that night, and due to some of his recent concussions suffered during a grueling playoffs, he had to print up this shirt to remind him to swing by the store on the way home to pick up kitty litter, $60 in cash from the ATM, and some gardening gloves to pull weeds the next morning for Doris, his aging friendly neighbor.

It was Money's job to have someone take this picture and text it to Jimmy on the ride home, but he accidentally sent it to the wrong friend, Coke, and that guy just can't be trusted with anything (sniff, sniff).

Now, if there are no further questions, please leave Jimmy alone.  And Pussy, Weed, and Coke, for that matter.
Posted by Dr. Kenneth Noisewater at 9:32 PM 4 comments:

It's summer, and I was finally walking around on the streets outside my apartment at 1AM on a Thursday and not in my bed being woken up by the drunk Chicagoans like I usually am around that time.  What have I learned?  Well that's a lot of saying "Wooooo!" for a Thursday.  Thursday is also the night that the alley outside my bedroom window often becomes Drunk Fight Club.  As you may have seen in some previous posts, sometimes I will open up the window and get my two cents in, settle some arguments when I can . . .

The thing is, most people have to get to work Friday morning, but 22-year-olds don't care about any of that.  If they can stay out all night and maybe even scare up some ass, who cares if they're a little tired the next day?  And even if they are a little run down, they will just have a bloody mary right after work on Friday, and then they're right back in the game, perhaps a vodka Red Bull or two if that doesn't do the trick.  You can fight off hangovers so much easier at that age.

Top 10 Most Annoying TV Characters of all Time

I just published an article online by that name.  Give it a look when you have a moment.  Do you agree or disagree?  Anyone I missed?  Thanks, readers . . .

These Thoughts Happened a Few Weeks Into Living With My Girlfriend . . .

What the heck is that thing on the couch?  Oh, a bra.  I guess she must have been lying on the couch watching television and thought she would slip off the bra before a nap.  It's not like there are bras all over the apartment so whatever.  If I were the woman around here there would be bras all over the damn place because those things have got to be uncomfortable.  They would be hanging from the lamp shades, the ceiling fan, out of the cupboards . . . Panties too.   Every day would look like an orgy broke out the night before.
Posted by Dr. Kenneth Noisewater at 9:13 AM 7 comments:

As you may have read a couple posts ago, my girlfriend moved into my tiny apartment, and I needed to make some space.  One such consolidating project was putting my hundreds and hundreds of CD's into a book.  I have thought about doing this a number of times, but ultimately I find it hard to part with the plastic cases because I like to see the stickers to know where I bought them, or a sticker that says "hold for Kenneth," which means someone at the record store I worked at put it on hold for me.  And while it's easy to put the booklet of the CD into the flip book, sometimes I couldn't just throw away the back cover or the owe that could be seen when you open up the case - so that artwork just had to be stuffed in there as well.

Opening up all these discs was very nostalgic for me, and I thought I would share my memories and impressions of one disc with all of you: "Cosmic Slop" by Funkadelic from 1973.  The first Funkadelic record I heard was 1971's "Maggot Brain" which totally blew me away, so I was excited when, while working at the record store, one of our regulars brought in "Cosmic Slop."  This guy always smelled like beer and cigarettes, and the disc smelled like cigarettes for some time too (I'm surprised it still doesn't).  I loved it right away, and every song still sounds amazing.  Many of these tales make up stories in the inner city, struggles that people go through, only the music is way the hell better than any gangster rap album.

1. "Nappy Dugout" - A fantastic drum track over a song that, judging by the title, is probably about vaginas.

2. "You Can't Miss What You Can't Measure" - A song about heartache and break-ups, one of which involves a guy who calls a plumber over to his house to fix the leak in his pipes because his house is covered in water, and the plumber informs him that the tears from his eyes are the source of the flooding.

3. "March To the Witches Castle" - This one is about soldiers returning from the Vietnam War and going through the "nightmare of readjustment" and all through out is a marching drum beat and a weepy guitar riff.

I have a guilty pleasure in music right now, and it's such weird music that I don't tell many people about it.  In fact, I don't even listen to it around other people because I know they will hate it, and then I can't enjoy it because all I can think about is them hating it (that ever happen to you?)  The band is the early to mid 1980's Danish heavy metal band called Mercyful Fate.  Their lead singer, King Diamond, who would later go onto a successful solo career, has an incredible vocal range the can slip from a growl to a high pitched scream from note-to-note.  Yet, whatever tone he goes with, the subject matter largely remains the same: Satan.  This is what would eventually split the band up because the other guys, who were fairly accomplished musicians, wanted a little more diversity in the material.  I guess they though two albums full of music about Lucifer about covered it.

It's a little weird when I'm in the car and a goofy high registered scream of "all hail Satan" is bellowing out of the window.  And even stranger when I'm singing along.  But I just can't get enough of this shit.

I feel like I know you guys well enough that I can share just about anything with you, so here is King Diamond and the rest of Mercyful Fate rocking one of my favorites.  I know.  I'm nuts.  But you have to have a guilty pleasure too, right?  Feel free to leave a comment with some of the crap you listen to when no one's around.  If you dare.