Mrs. Noiswater and I were having breakfast a little while back in this great Greek diner in Chicago where you can get around 38 different egg skillets.  As long as I have been going in there, which is about as long as I've been writing on this blog page, it has been run by a middle aged Greek American with a thick Chicago accent who runs around there trying to run the whole place in his pajama pants. 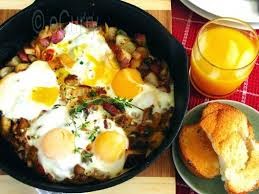 On this day he was hollering at one of his staff members in a way that was making us uncomfortable, and this is not a side I had ever seen in him.  He is usually very busy and short with people to an extent but always very polite.  On this day he laid into this poor waitress and told her exactly what he though of her and performance for all his customers to hear.  "The toilet's clogged?  Well go plunge it!  Ah, go ahead and cry in the bathroom or whatever it is you do," he said to her as she ran towards the kitchen.  Then he warned someone never to have a daughter, or something to that effect.  So, we gathered that this was daughter he was lambasting.

Then when we brought our bill up to the counter to ring up, he went right back to his usual charming self.  He even commented on how pretty Mrs. Noisewater was and asked if she had a single mom around and winked at me.  What a smoothie!  But Mrs. Noisewater's mom is happily married.  Sorry Pajama Pants.

Well, I'll give the guy a pass because he has been nice every other time I have seen him, maybe this daughter of his really is a pain in the butt, and he does grill up a mean skillet.

What do you think, readers?  Do we get some a-hole liberties when interacting with our own families?
Posted by Dr. Kenneth Noisewater at 5:53 PM 11 comments:

After work today I made a right onto a street with two lanes going in the same direction, and a guy in a mammoth tow trunk in the far lane laid on his horn.  Now, if he can't fit on the road, is that my problem?  I assumed that when he bought the thing he was planning on fitting on streets and what's more having room enough to pick up a car and tow it.  So despite the fact that he didn't seem to think the two of us could fit, he managed to pull up next to me and give me a dirty look.  Looks like we fit just fine.  Then he rolled his window down, glared at me, and then rolled it right back up.  I gave him a look like, "What do you want?"  He rolled it back down so I said, "Oh, I thought you were going to say something."  That came off like I was the world's biggest hard ass and I was being antagonistic.  But I really was just wondering if he was going to say something or not.  I told him, "I thought it was cool, you know, because it appears as if we both fit."  He said something threatening with the fuck word in it, which I think was "You had better watch the fuck out," or something.

There really is no need to get into conflicts with random weirdos, and this guy really did look off his nutter.  It's not important to be right.  Getting home safe and sound to your family is a way bigger deal.  We got conceal and carry in Illinois now so this guy could have shot me.  As a matter of fact, by the look on his face, if he had a pistol he certainly would have gunned me down right there on Ashland Avenue.  And my last words would have been, "I know your tow truck is extraordinarily wide, sir, but I was quite sure we could both fit in our respective lanes when I merged."


I always envisioned my last words would be wordy and descriptive.
Posted by Dr. Kenneth Noisewater at 7:33 PM 4 comments:

1. Mrs. Noisewater and I have a wedding in August.  My only job was finding the DJ.  I made sure I talked to three or four different reputable DJ services with good Yelp reviews.  Ultimately I went with the guys who got back to me quickly when I had a question, they had a reasonable price, and we were on the same page with a lot of things.  For example, I don't want to hear any songs that are at every other damn wedding you've ever been to like "We Are Family," "Celebrate," or "Last Dance."  Also, no group participation dorky songs like the Conga line, the limbo, or the "Electric Slide."  The guy on the phone was laughing and totally got where I was coming from.  So I booked him.  I just have the photo booth to do and I'm all done.

2. I just finished George Clinton's autobiography, and I think the best story in there came when they were recording "Let's Take It To the Stage," and a random junkie white guy wandered in asking if he could record some guitar for some money.  George is a bit of free spirit so he agreed.  The guy came back with his own beat up guitar, recorded a solo over the song "Shit, God Damn, Get Off Your Ass and Jam," and everyone was speechless because it was so good.  They had agreed on $25, but it was so good George gave him $50.  George wanted to credit him on the album too, but the guy disappeared never to be heard from again.  Nobody knew who the hell he was.  I love reading rock biographies, and even if it's a bad one, if I get one story like that then it's all worth it.

3. Reading about all the Parliament/Funkadelic stuff got me digging through some old songs, and I came across this one by Bootsy Collins.  Tell me this isn't the sexiest damn thing you ever heard!  I've listened to this one 6 times in the last 4 days.

4. Here is a little known fact: My profile picture on Blogger since the very beginning in 2005 is a picture of George Clinton himself stepping off of the Mothership.

Who among you knew that?
Posted by Dr. Kenneth Noisewater at 3:58 PM 4 comments:

Believe it or not, I have encountered all of these in just the last couple of days.

1. A guy two days ago playing "Candy Crush" on his phone while on the crapper.  The fact that he left the sound on incredibly loud makes me think that this was an older guy who didn't know how to turn the sound off of his very own phone that he carries around every day.  I actually went back to my locker on the other side of the locker room and still heard this guy racking up points, and at that point I had to laugh.


3. When you wipe your face hard with the gym towel and it nearly scrapes off a layer of skin, which damn near happened to me yesterday.  One needs to remember to dab the sweat off the face because a hard wipe could leave you looking like Freddy Krueger.

4. Dude today taking selfies with his shirt off in the locker room.  Your physique is very impressive, and I'm sure it's important to you to chart your progress - but that is a glamor shot that you should be doing at home.

That's all I got for now, Seven Readers.  Now, if you go to the gym and play "Candy Crush" on the dumper, sing in the shower, wipe your skin off your face with a towel, and take a locker room selfie to cap it off, you're off my blog roll, tough guy.  And I mean that.  : )
Posted by Dr. Kenneth Noisewater at 7:59 PM 7 comments:

Mrs. Noisewater and I went to Costco yesterday after the gym, and all the free samples in the world couldn't stave off our hunger upon finishing shopping.  We needed to eat instantly.  I told her that the Vienna Beef hot dog factory was up the road, and I was pretty sure you could eat there.  Turns out you can, and it's pretty awesome.  It's also the cafeteria for the people who work there, so there are coffee machines and things there too.  Mrs. Noisewater had her first Chicago dog, and I had a pastrami and roast beef sandwich on an onion roll.  We split an order of tater tots with a cup of cheese sauce.  It's a bummer this place is relocating to the South Side far away from us, but I'm glad we got a chance to get in there before that happens.

While we were enjoying our meal, two Black ladies came in and the one was ordering in a most unusual manner.  She would say each part of her order and end with a "por favor," pronounced like asking someone a favor.  I guess it was nice of her to try to speak a little of the staff's native language, but is it possible she has only seen the words in print and had no idea how to say it correctly?

A couple of middle aged white women were in there too talking about a guy they know who has a wife who cheats on him left and right,
but he won't do the same because of his Christian beliefs.
Then this guy who looked just like Gene Hackman was in there lecturing the young ladies on how you can never put ketchup on a hot dog.

If You See My Friend, Kindly Look Him In the Eye and Hand Him a Shovel.

We have had a big snow storm here in Chicago.  It is in the top five in the city's history.  The other day I got a text from my buddy, LaFontaine, and it was a picture of his car totally submerged in snow.  What happens around here is it snows a foot and a half of powdery fluffy snow.  Then the snow plows come by to clear the streets but they blast the slushy stuff and tons of snow that buries your car.  To put the finishing touch on, then the temperature drops and all of that snow and ice gets hard and frozen all around your ride, freezing your door shut, and freezing the path ahead and behind you.  Then you have to poke your shovel hard into the snow like a pick ax (the plastic ones are no good), and even then your tires will likely spin and smoke will rise from the rubber you are burning off your tires in vain.  You have to budget an extra half hour to an hour in the morning before work just to shovel yourself out, and then you had better keep that shovel in your trunk in case you get stuck again on your way to work.

So LaFontaine later sent a second text saying that he was successful in getting his car free, but he said that that wasn't the hard part.  The hard part was cold calling a white lady (LaFontaine is Black man) a few doors down to let him use her shovel.  I just pictured him saying, "It's cool.  You can just leave it on the porch and go inside and lock the door.  I won't step any closer until you get inside . . ."

Isn't it sad that racism and fear is still so prevalent in the world?  We can't even band together in our hour of need during a storm to help our fellow man without letting our fear and ignorance get in the way?