Stealing the Missing Bases In My Dreams

I had a really vivid dream the other night where I was a professional baseball player in the midst of a heated game. I had gotten on first and was excited about stealing second. Did I mention I was Black? I'm a white dude, in case you didn't know. 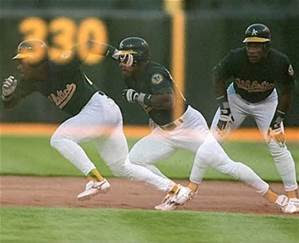 I got off to a big lead, and as the pitcher went into his stretch, I got a great jump towards second. I had it stolen easy, but as I got to where the base should have been, the bag was nowhere to be found! I had beaten the throw by a mile and was frantically looking around for the base when I was tagged by the shortstop. When the umpire called me out, I was absolutely irate and hopping up and down.

The umpires got together for a long deliberation, during which time I was pleading my case to anyone who would listen. I remember discussing the matter with a Japanese teammate through his interpreter. I let him know that I was a born base stealer and it's how I made my living, and to deny me of the tangible base to take, they were denying me of my God given right! The two Japanese men seemed to agree with me based on the looks of disapproval on their faces. I can still picture them shaking their heads in disgust and disbelief about my situation. 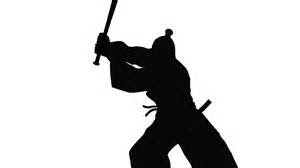 I saw that the umpires looked to be wrapping up their discussion, so I said to my manager that if he didn't plan on arguing to the point of getting thrown out of the game, I was going to. He assured me that it was his plan to do so, but when I asked him what kind of theatrics he would be displaying during his potential upcoming tantrum, I wasn't impressed with what he had in mind. I suggested he try pulling up the second base they had just put in as well as all three other bases before being dragged off the field to demonstrate what little respect these umpires had for the bases and the rules of baseball in general. He acted as if he was considering it, but I got the feeling he was sticking to a low-key fit that in no way was elevating himself to the passion that the situation demanded. 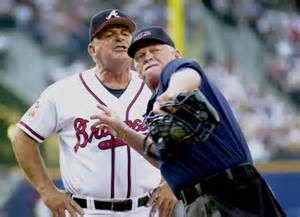 Sure enough, the umps called me out, and my manager did his best to honor me by getting thrown out of the game, as promised, but it really did seem lackluster compared to the performance I could give. It just seemed to me that Skip didn't share the same passion that I had. I turned my hat around, rolled up my sleeves, and got ready to dig up out those bases and toss them all over the place for all the base swipers, all my teammates (especially the Japanese ones), and for anyone who has felt injustice at the hands of corrupt authority figures.

This is when I woke up. Still white. And broke.
Posted by Dr. Kenneth Noisewater at 6:09 PM 7 comments:

I just had an idea.

They say that child birth is one of the most excruciating experiences a human being can experience. It has been said that if the human brain could perfectly remember pain, then no one would get pregnant a second time on purpose.

I was trying to think how men could better empathize with their partners, and I have come up with the notion of a testicle squeezing device that would clamp down harder in accordance with the howls that the woman lets out during the labor. Now, this contraption would have to be tested to make sure the squeezing wouldn't cause any permanent testicular damage - just enough to really hurt. I don't believe in animal experimentation, so maybe some broke college students could sign up to have their nuts squeezed to oblivion for a little extra beer money.

As soon as it has been thoroughly tested and the lawsuits by those annoying high voiced college kids have been settled up, thousands of men could plug in their Man Dilators, hold their lover's hand, and the two of them could go through the whole beautiful nightmare experience together. When it's finally over and their baby comes out, the two of them will be so relieved that the pain is over!

Yes, and more importantly, the clamps of death will come off my nuts!"

And he will be thinking, "Let's never do this again," so a byproduct of this could be a means of population control. You want to sire eight kids to show what a badass you are? Well, let's see what kind of tough guy you really are when you feel those first few squeezes.

What do you think, Seven Readers? Does this idea have legs, or have I lost my damn mind again?

Wait, should it be the same general idea only the device gradually stretches the man's butt hole? Would that be more congruent?
Posted by Dr. Kenneth Noisewater at 3:06 PM 3 comments: