Ozzy, the Bus, the Rockstar On the Bus, and the Sad Bodybuilder Woman On the Bus

I went to see Ozzy Osbourne live for the first time. I have seen him play in Black Sabbath (his band based out of Birmingham, England before going solo, in case any of you don't know of the band who created heavy metal) twice, but I had never seen just Ozzy before. Now that I have, the only remaining and surviving huge bucket list guy is Sir Paul McCartney (a guy from Liverpool, another working class England town, called The Beatles, in case you know absolute jack squat about rock music). It's a little frustrating that 9 out of 10 times when I told people that I was off to see Ozzy their first response was a statement something like this:

Wow, that was a much longer rant than I intended it to be, but I just get defensive about Ozzy because he has been a part of my life for so long. It was similar with Harry Caray when he was calling games for the Cubs into his twilight years after a major stroke with splashes of dementia and Budweiser. When people made fun of him I would tell them that he was not always this old and he is an institution of the Cubs and baseball as a whole. He is a God damn Hall of Famer. He called games from a fan's perspective, which was innovative in its own right. I honest to god do not think people separate the man himself from Will Ferrell's intentionally over exaggerated impression. When people picked on him, they might as well have been hurling insults at my grandfather and it's the same with my grandpa Ozzy. Shit, another rant. Let's move forward with the actual tale I wanted to tell here. 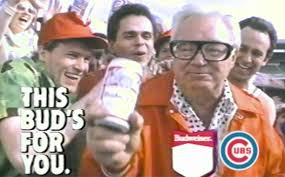 One of my oldest and dearest friends who has been popping up in this blog since its inception, Heterosexual Life Partner (HLP), and I took a free party bus running out of a heavy metal Chicago bar to get to the pain in the ass venue deep into the suburbs. The giant yellow school bus finally pulled up to the bar very late with all of us standing outside with no explanation from staff. Checking our wristbands as we climbed aboard was an extremely muscular and powerfully drunk woman in a tight-fitting shirt showing all her hard work at the gym. She for sure was twice as strong as me physically and had muscles in her face that I'm not sure how to get, but there was a sadness and vulnerability about her. She was stumbling up and down the aisles trying to remember people's orders and then stumbling back to the front of the bus to fetch the beers out of the cooler. Swaying back and forth leafing through change in her fanny pack, she told us that it was her dog's birthday. Without any of us asking any follow up questions she lowered her head and revealed, "She died in my arms today" and started weeping uncontrollably. A woman said something to the effect of, "I'm so sorry" and muscular bus bartender dove into her for a well developed upper body strength, vice grip hug. Whoever was next to that customer must have said "me too" because our mourning libations distributor burrowed into that customer for yet another deep hug.

This was why the pour woman was so schnockered-drunk. She was in a state mourning. HLP and I were shocked that she showed up to work in her mental state. Luckily for her she has a job with a very lax policy on drinking. And weed smoking. She was offering free hits off her bowl. "Anyone need anymore beer? Or weed?" she would say. When the bus pulled up to the amphitheater she said, "The show doesn't start for a little while so you're free to stay aboard for a while. There's still plenty of beer and weed." She seemed like she needed some friends, but HLP and I had a date with Ozzy. When I wasn't sure if my sister was going to make it do to some severe back pain she was experiencing, HLP suggested we could sell or even give the extra ticket to the bus bartender, but then we realized she would be standing next to us all night crying. We had already checked the setlist and "Bark At the Moon" would be the very first song. Those canine related words were bound to send her into more crying or perhaps even suicide watch. She was best left on the bus looking after our beer and weed.

Oh, as it turns out joining us on the fun bus was the lead singer and songwriter of a fairly popular Chicago area band that enjoyed some national exposure in the late nineties and beyond. I will not say who it was to protect his anonymity, but HLP, being one of his biggest fans, was gushing a little over him. We were tickled that despite being a fairly successful rocker, he was riding the free bar bus like the rest of us. The rock star was very kind on the ride in like in a "I'll be nice enough to you where you don't tell people I was a big dick when you tell the story" kind of way." Then on the ride home he was nice in a "We should totally hang out sometime. Shit, I love everyone!" kind of way. He and his much younger and quite striking blond rocker-chick girlfriend were very well buzzed. She told us that right at the end of the show she was rather politely thrown out of the venue for peeing in the men's room. This has to be done sometimes when the line in the men's room is long. Someone must have snitched, but who? That has never bothered me. We are all God's creatures (if you believe in that sort of thing) doing what naturally has to occur when you pour way too much beer down your throat. Why should the female species have to wait longer to do so? It's an unfair and potentially harmful policy.

Rock star guy and I bonded slightly (in my mind) over hating Bruce Springsteen and hating the fact that Ozzy played nothing off of his second album, "Diary of a Madman," the final of two masterpiece records with Randy Rhoads, the late guitar prodigy taken from the world far too young by a coked up bus driver who fancied himself a single engine plane pilot who crashed the plane into the damn bus. Little known fact, I wanted to name my son Rhoads until I learned that Tom Morello, lead guitarist of Rage Against the Machine had stolen my idea, and I stay stolen regardless of the fact that he thought of it first. In any event, rock star guy and I were singing a number of those songs we had wished we heard on the ride home. And we sang all the songs that came on the radio as if they were all the best things on earth even though they were very similar songs to the ones we heard on the way in when we were far less buzzed and were engaging in polite and much more quiet conversations.

Rock star guy and his girlfriend were talking about making a trip to the Liars Club (the spot where HLP called home and our favorite place on earth for so many years in our late 20's and roughly all of our 30's) later that evening, but HLP and I now have wives and kids at home who would prefer us to not be like the walking dead the following day. Rock star guy is a little older than us, to be honest, but he can get away with acting like a rock star because his job is actually: rock star. Plus it is probably best that we stopped glomming onto him and his girlfriend and allowed them to enjoy one another. Their relationship looked very fresh and exciting for them and the added company of two drunk-daddy fans would likely have worn thin for them after the bus ride was over if it hadn't already.

Okay, rock stars. Hope you have enjoyed this story. I do realize it was an extremely lengthy post with many a digression, but I think when the writer and storyteller in me lies dormant for so long, a stored up monster ejaculate of words is bound to be the result. Keep rocking and barking at the moon, my deer blog buddies.
Posted by Dr. Kenneth Noisewater at 12:32 PM 7 comments: