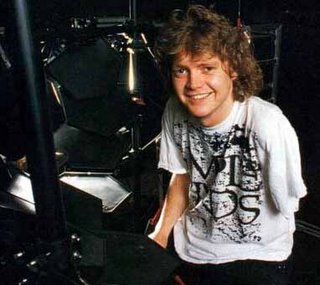 I thought of a great Halloween costume today. Doesn’t it always seem like you come up with a great idea when it’s like a year away from Halloween, but during the months leading up to October 31st, you rule out everything and end up cutting holes in a sheet and going as a half-assed ghost or something? You know, I totally forgot what my Halloween costume idea was. I’m destined to have a last second shitty one again.

The notion of costumes got me thinking about some of the best costumes I’ve ever seen.

Best costume I saw this year goes to a girl dressed up as a Contestant on the TV show Double Dare. I saw this young lady at Carol’s Pub, one of my favorite late night bars in Chicago, and she said to me, “Would you like to do a physical challenge.” When a girl says something like that to you the perverted lines you could throw back at her should be endless, but I think in my state I settled for, “Sure.” Not creative, but it was the right answer because she proceeded to pour a shot into the shot glass strapped to her helmut and bent over to pour it in my mouth. What a fun chick, right?

Last year’s best costume I saw was a guy dressed up as Teen Wolf, but not just Teen Wolf, the Teen Wolf from the Basketball Sequence. Very well done. I would have liked to have discussed the beauty of that movie with him but we were walking past each other right by Wrigley Field. I would have liked to have thrown on a fat suit and a bball uniform and went as the Fat Kid from Teen Wolf. The two of us could have had one hell of an evening “car surfing” and the like. The car surfing scene was in Teen Wolf, and not its ill fated sequel, Teen Wolf Two, starring TV’s Justin Bateman, right? I’m too lazy to look it up.

And now for my best all time costumes:

The year before I went as a Piece of White Trash. I had on some acid washed jeans, an AC/DC shirt (that has worked its way into my regular rotation), a mullet wig, and fake bad teeth. I learned a valuabe lesson that year: DON’T EVER MAKE YOURSELF LESS ATTRACTIVE ON HALLOWEEN. Girls seem to know this. They always go as something sexy, and God bless them for that. Why I thought to go as trailor trash I’ll never know. I mean these fake teeth were so bad that they changed my entire facial structure and made me look like a whole different person. I might have been okay if I had simply altered my costume, but I thought it would be a good idea to stay in character when girls politely asked me to take the disgusting teeth out. Like I said, I learned a valuable lesson.

My ALL TIME GREATEST COSTUME was when I went as Rick Allen from Def Leppard, fresh off the accident. I had a Def Leppard shirt, a bandana on my head, drumsticks in my pocket, the drummer gloves (as if he would have been driving around with that stuff), and I stuffed my arm in my shirt and had fake blood and gummy worms coming out of my stump to look like veins. (Clap, clap, clap …. Bravo!!!!)
Posted by Dr. Kenneth Noisewater at 2:35 PM 1 comment:

Okay that subject is a little strange, I'll admit. It's a line delivered in blubbering fashion by the father of a son who was believed to have committed suicide in the movie Heathers. In any event, I wanted a line that captures the simultaneously sad and humorous nature of songs that can make a man cry.

My good friend, Sharat, who is a film maker in L.A., knowing what a disgustingly obsessive fan of rock music I am, asked me to get him some songs to help him get inspired to write. I threw together some songs that make me teary eyed, and I'm going to burn a disc of them to ship out to L.A. Hopefully these songs will get him to the place he needs to get to write. Maybe it can help you too. Of course, if your life sucks as bad as mine does lately, you may not need the assistance of music to get yourself to a sad place. I even wrote up little blurbs about each one for your amusement! Enjoy:

A Spoonful Weighs A Ton 3:32 The Flaming Lips The Soft Bulletin
This song is beautiful. I remember listening to this record a lot during the 9/11 attack and its aftermath. Something about “and though they were sad, they rescued everyone” made me think of the victims, survivors, and rescuers. When those super heavy, bizarre, electronicy drums come crashing in the song kicks into full gear.

Since I've Been Loving You 6:56 Led Zeppelin BBC Sessions (Disc2) [Live]
These guys are member for member one of the most talented rock bands of all time. It’s too bad I grew up with 42 classic rock stations that managed to make me sick of a lot of their songs. This is one you actually don’t hear much on the radio, and this particular live version showcases a lot of the band’s talents. The simultaneous wailings of Robert Plant’s vocals and Jimmy Page’s guitar sound like one bitter, pissed-off, depressed individual.

I Shall Be Released 3:19 The Band Music From Big Pink Rock
This song was originally written and performed by Bob Dylan, but I think the vulnerability of Rick Danko’s vocals makes this sad song even sadder.

Living For The City 7:24 Stevie Wonder Innervisions
When Stevie sings, “Her clothes are old, but never are they dirty” I immediately want to cry. It says to me, here is a family that can barely afford to feed and clothe their children, but they have the sense of pride to take care of things like their clothes so that they are NEVER dirty. Badasss.

Carry The Zero 5:44 Built To Spill Keep It Like A Secret
I don’t know what Doug Martsch is singing about in this song, and I don’t care. There are few songs that can shoot right through me with the first couple of notes, and this song is one of them.

Heavy Heart 3:11 You Am I #4 Album
The guy that wrote this song got his ass DUMPED. It paints the picture of a poor sap lying around his dirty apartment getting more and more lonely and smelly by the day.

Rocket Man (I Think It's Going To Be A Long, Long Time) 4:45 Elton JohnGreatest Hits 1970-2002 (Disc 1)
Is this song really about an astronaut? Well, if so, I feel for this fictional astronaut who is “burning my (his) fuse up here alone.”

Stormy Monday 8:48 The Allman Brothers Band At Fillmore East
Duane Allman died entirely too young. How could a hillbilly, walrus-looking son of a gun like that make such beautiful sounds come out of his guitar?

Size of Your Life 3:08 The Promise Ring Wood/Water
I think this is the world’s greatest break-up CD. A lot of the songs have to do with the songwriter’s battle with cancer, but whatever the case, it’s a very well-written, sad disc.

Lucky 4:19 Radiohead OK
This truly does sound like a man “standing on the edge” of SOMETHING!

This Broken Heart 3:40 Funkadelic Cosmic Slop
I try to sing along with this cat and there’s just no way I can match up with his soulful, gritty vocals. I like the humorous breakdown when he finds all the “Gemini material lying around.” Cosmic Slop is my favorite Funkadelic record. I can’t find many people that agree with me, but I think the songs on it are concise, beautifully written, heartfelt, varied in styles, and they utilize the talents of the numerous people George Clinton called upon, like the guy who put the vocal down for this track. DAMN!!

Love In Vain 4:22 The Rolling Stones Let It Bleed
My parents played a rare Stones record with this song on it, and I remember hearing it a lot at a very young age. At age 7 I had never experienced heartache or pain the likes of which Robert Johnson or even Mick Jagger had ever experienced. All I knew is that I was instantly sad when I heard it, but sad in a way that kind of felt good . . .

That Joke Isn't Funny Anymore 4:58 The Smiths Meat is Murder
I’m not sure what it is that Morrissey had seen “happen in other people’s lives” that he was now experiencing in his own, but I gather that it’s not much fun. Great song. Johnny Mar adds a terrific, spine-tingleing guitar riff during the chorus. Just when the song starts to fade out and you think the ride is over, it comes right back in for a big finish.

Fight Song 4:13 The Appleseed Cast Two Conversations
These guys are little too emo’d out, but this song really kicks ass.

Maggot Brain 10:19 Funkadelic Maggot Brain R&B
For a song that is essentially just a guitar solo over a droning keyboard melody, this song is extraordinarily powerful. Before recording this song, George Clinton asked late guitarist Eddie Hazel to picture the saddest thing possible. That thing was the thought of his beloved mother dying. Hey, whatever works right? And it certainly did.
Posted by Dr. Kenneth Noisewater at 4:47 PM 1 comment:

Who Knows What Evil Lurks in the Mind of the Sixth-Grader . . .

Why does everyone talk about the "terrible two's?" Have these people not come across a terrible sixth grader? In a battle of who can be more piss poor and brutal, I will tell you the sixth grader is far more brutal nine times out of ten. How is a two-year-old brutal? Maybe you tell him no, and he throws a fit. Maybe he cries incessantly from an earache. Maybe he dumps kool-aid on your new couch for the sole purpose of being a prick. You can learn the motives and methods of a two-year-old in a manner of days. Every day I discover a new way in which the sixth grader can consistently annoy me. Also, a room full of two-year-olds only heightens annoyingness with sheer volume. The sixth-graders, however, can feed off one another to the point where they merge to form Sixth Grade Devastator!! And oh do they ever fart around. I think today alone I had to say, "Stop touching each other" about a dozen times. The sixth grader so desperately wants to be simultaneously cool, grown-up, an individual, and like everyone else. Spreading themselves so thin in this way, they end up failing at all of these elements. They think they are funny, but nine times out of ten they do not succeed at being funny, unless of course you are yourself a dimwitted sixth grader. Have you ever seen sixth grade girls try to backstab and destroy one another's reputations? They operate in a cold, calculated manner much like a Shakespearean villain, only Shakespeare didn't portray his villains with Justin Timberlake on their binders. This sounds like I'm an embittered, jaded bastard, right? Despite all these elements, I still have a soft spot for a bunch of these kids. There is some sort of biological component that endears you to children, otherwise few would make it through age two, and whoever was left would not make it past age 13.
Posted by Dr. Kenneth Noisewater at 7:10 PM No comments: