A Notion as Innovative as It Is Ambitious

Today during a lunch break at work, some coworkers were talking about a big, fat woman who I thankfully have never had to work with. Not that I have nothing against overweight people, but what sounds downright brutal about this chick is that she talks about her infections (of the urinary AND yeast variety, the leather teddies her husband buys for her, and all sorts of other gross details you wouldn't want to hear from ANYONE, let alone a great, big fat lady. One coworker, who is always getting off awesome one-liners, leaned in and delivered a sound bite that made me damn near shoot root beer out my nose clear across the room, and then he immediately left to 'keep 'um wanting more.' The line was as follows:

"If you wanted to begin to figure out how to lay a woman like that you'd have to throw flour all over her and look for the wet spot."
Posted by Dr. Kenneth Noisewater at 6:52 PM 12 comments:

'Nudey Bucks': They're As Good As Money.

I have to tell you all about one the craziest pairs of dates, hell, one of the craziest pairs of nights I’ve ever experienced. I met this girl out for “a drink.” I’m not sure why we say “a drink,” because for me that usually turns into ten, and it seems like the girls I meet have no problem with that. She had a final exam she hadn’t studied for the following day, so she couldn’t stay out long. It seems she was a 26-year-old undergraduate student taking only one class over the summer, which her father was paying for, and she wasn’t working, so her schedule was WIDE open for dates.

I noticed that another table had a “table tapper,” which is a meter high cylinder of the equivalent of seven beers in it with a tapper attached. This contraption rests on your table and points toward the heavens. I expressed an interest in it, and SHE basically talked me into getting one. Final exam, schminal exam. We finished one of those bad boys full of Blue Moon, and that was on top of the few we had before that. During our consumption of a meter’s worth of libations, I heard ALL about this gal’s life, and while I will say it was interesting, a lot of the information is not stuff you would want to share on a first date. I think being a therapist of sorts makes me a natural candidate for people to share their life story. The thing is, I’m a good listener, and I enjoy learning new things about new people. Because I like this sort of thing, and because I like to drink, I hang around on a date way longer than I should. She told me about a crazy ex that she had. I know, everyone has had a crazy ex, but this guy was straight up bonkers! Top 3 craziest things he did:

3) As a form of stress relief, he liked to laminate things. She would come home to find he had laminated a bunch of papers and put them on little rings.

2) He tried to please her by “leap frogging” two cars to her work so she could have one and he could drive one home. He’d drive one car a ways, park it, run back to the other car, and drive to where he had left the other car. What a great concept! It’s like Indian Running . . .

3) He called her to tell her to meet him in the parking lot of her work, and when she did she found him trying to hang himself in his Mini Cooper with a necktie slung around the coat hook.

On our second date, I know what you’re thinking, but she was hot, she was telling me how she loved the female body. She was not a lesbian or anything, but she enjoyed looking at nudey magazines and going to nudey bars. I stayed with this topic since, as Roger Dodger would say, it was fertile ground. Eventually we decided it would be a good idea for us to go back to her apartment to get her “nudey coupons,” which are as good as money in a particular nudey bar, and then go off to that very nudey bar. I thought this was just a means to get back to the apartment without saying the words, you know, like do you want to see my tarot cards, but sure enough, she had me wait downstairs while she fetched the coupons.

So, we’re at the nudey bar spending “nudey coupons” or “titty bucks,” which ever your prefer, and as it turns out it’s amateur night. This is a huge plus for us, since we could have a ball critiquing the physicality and technique of these young ladies. Our votes didn’t count, but I have to say that we were shrewd and informed judges. When the professionals started doing their thing, we weren’t too impressed with any of them either, that is until Bambi took the stage. Bambi was a petite, African American woman who could do ALL the tricks with the pole. She really could have been a gymnast given the athleticism it took to pull off some of those maneuvers. Well, we each got a lap dance from Bambi, and not long after, our nudey bucks ran out, and immediately after that we left. Then some stuff happened, then all my roommates woke up, then we tried dating for a while, then she went to Hawaii and sent me dirty text message pics, then she got back, then it didn't work out.

We never recaptured the carefree fun of spending ‘titty bucks’ at a nudey bar. That really is setting the bar awful high.
Posted by Dr. Kenneth Noisewater at 4:22 PM 17 comments:

I was just looking in the mirror while I was brushing me teeth, and why do we do that, incidentally? There really is no need to, and we always make the most stupid looking faces while brushing, so why in the world do we insist on staring at ourselves?

Okay, I have a point to this post, and I'm going to stick to it. No more tangents, I promise.

So, while I was marveling at my stupid brushing faces I

noticed that the legions of grey hairs on the right side of my head are growing in numbers. Only a careful eye, because of my blond hair, notices them, but tonight I felt like I should just settle in for the evening with some metamucil and a good episode of Matlock. There is a chance I'll look cool with Gray hair, like MacGyver, but I'm worried I'll just look like Leslie Nielsen. Gray hair? "Surely you can't be serious . . . " 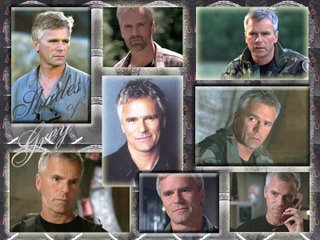 So I grabbed some scissors and began cutting. The end result is I’m a little less gray over there, but I now have maybe the dumbest looking sideburns of all time. I thought about trying to even out the other end, but I figured if I started doing that I'd keep over compensating on each side until I was completely bald by the end of the night. I could just see adding that little disaster into my wealth of misadventures.

I turn 30 in January. I'm terrified. If this is how I react to a few stray grays I may be in deep shit.
Posted by Dr. Kenneth Noisewater at 8:18 PM 19 comments:

Ultimate Fighter Expresses His Artistic Side While Donning a Speedo

I never thought I'd find myself watching an Ultimate Fighting reality show, but I happen to be hooked on one right now. I believe I've only missed one episode so far. It doesn't sound up your alley? Maybe you'd change your mind after you heard the incredibly simple but effective concept:

Two teams of pugilists all live under one roof together with no booze, no women, and no television, and then two of them fight at the end of each week. That's it.

There is one guy from Chicago who wears a speedo around the house, brings his pimp hat and pimp chalice wherever he goes, and decorates the house with his half-assed, found items, modern art sculptures. He also intended on making a raft out of hundreds of empty water bottles, but only got as far as throwing them all into the swimming pool. The other guys took all the bottles out and bitched him out about messing up the pool, so he threw all the bottles back in and never made the raft. He is totally annoying, but he's from Chicago, so he's my boy.

No booze, no women, no TV, and an annoying wanna-be-pimp-daddy makes a fighter go something, something . . . *

What show do you secretly love? Don't be ashamed. You're among friends.

* If you don't know what this line is in reference to then I may have to retract the line about you being among friends.
Posted by Dr. Kenneth Noisewater at 8:22 PM 11 comments:

Sorry I've been out for so long. I had no internet at home or at work, which, as it turns out, is extremely frustrating. I had no idea what a slave I am to the internet. I have never wanted to check my email so badly in all my life. I even missed the penis enlarger emails.

I also missed downloading music. Last night was the first night I had internet access, so I was downloading everything I could get my dirty, little hands on, which turned out to be way too much Bobby Brown. I now have everything he ever wrote, including Roni, a a slang term for girlfriend, which is a little ditty NO sane person needs in his/her collection.

Most of all I missed you, seven readers. I'm back with a vengeance now, and I'm fixing to comment on every one of your flipping pages, because that's my prerogative.
Posted by Dr. Kenneth Noisewater at 2:29 PM 8 comments:

I Guess I Didn't Know (And I Never Will)

There is a show called Cirque De Shanghai in town at Navy Pier. While I’m working, running photos up and down the stairs, I go by the stage, and it SOUNDS like one hell of a show. But I never get to see it for myself . . .

Judging by all the gasping in wonder that I’m hearing in there, I’m just assuming that there are one hundred little Asian acrobats doing back-flips onto a one hundred man human pyramid, or better yet, a human sculpture of Godzilla, complete with fire breath.

The musical accompaniment is traditional Asian music, as expected, but at one point that “I guess I didn’t know” song by Crystal Method kicks in.

“Get busy time!!” I suppose that truly is the get busy time portion of the show, because it SOUNDS really 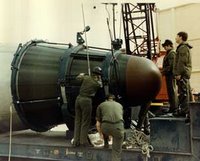 awesome in there at that point. I was thinking of weaseling my way into the show, or even paying for ticket,

but I think I’m just going to assume, like I always have, that they’re swallowing fire, while juggling atomic warheads, and carrying anvils with their scrotal sacks.
Posted by Dr. Kenneth Noisewater at 3:13 PM 21 comments: