Since I Haven't Blogged In Like 5 Weeks, Here Are 5 Updates.

1. I scrolled through some old posts to check, but I don't think that I've told all of you that we are due for our second kiddo in September. It's actually the same due date as Erik Noisewater, so there is a possibility they could have the same birthday. I suppose that would be the most important update for me, creating more human life and all, but let's move onto the random stupid items because if any of you have been reading a while, you know that is what I'm better at reporting on. 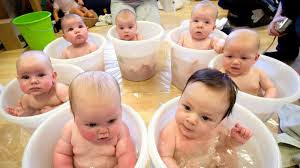 2. I've been doing the intermittent fasting about 4 to 6 days a week. I'll stop eating around 630pm and not eat again until 10:30AM the next day. I have to say I feel a lot better when I stick to it, and when I do I'm regular as a the sun, since you asked. It is also a good fit for me because I can get in bad patterns, such as knocking out entire rows of Girl Scout cookies. Mrs. Noisewater was all excited about a cookie after work only to find that after a few too many IPA's one Saturday evening I had ingested my standard entire row amount to polish off a box. Now it is a battle of wills. I bought another couple boxes to make it up to her and to prove to myself that I can control my inner fat kid impulses. So now when I need that little jolt of chocolate I'll open up the fridge and squirt a small amount of Hershey's syrup directly into my mouth like an uncivilized pile of crap human. Essentially it is like going to the methadone clinic for the heroin addict. Nowhere near as good as eating a row of cookies/mainlining smack, but it gets you through. 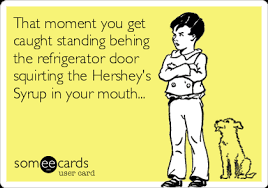 3. My good friend HLP (Heterosexual Life Partner) and I have been hitting a concert every month or every other month as our music tastes have aligned to a lot of the same doom/stoner/desert/fuzz bands. One thing we do is switching off who buys the tickets, and the other system is kind of a genius strategy that I am now sharing with you, my friends. What we do is look up the setlists of the one or two, sometimes three bands that we like on the bill on setlist.fm. You'll find that most bands these days don't stray from the exact same songs night after night, so we will take all those songs and make them into one giant (especially if it's three bands) mixed up Spotify playlist that we can share with one another. And we alternate who does that task too. And viola! Now we can listen to that playlist over the course of a few weeks and will be totally familiar with all of the songs the bands will play without wasting any time at all with songs that won't be in the set list. Feel free to steal this system for yourself because, while I do admit it's pretty darn ingenious, I see no possible way to monetize it. 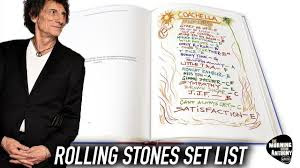 4. And speaking of the rock and roll music, the wife and kid joined me for one of my favorite days of the year, Record Store Day, and we had one heck of a good time (at least I did). What I did is look up which stores were giving out free donuts and coffee and such and made a nice route to hit around four stores. Erik Noisewater had his heart set on a pink donut with sprinkles, and by god I found one for him and four records for under twenty bucks for the old man. While at one tiny store I noticed that there was a good deal of sections for hip hop, trance, drums and bass . . . . But where in the hell was the damn rock music? Then I saw around thirty or fifty vinyls filed under "Dad Rock." That is where they file their very limited actual rock music with guitars. And sure enough the dad with the kid running around the store asking for donuts picked himself up some very, very dad-like rock, a Jerry Rafferty album. 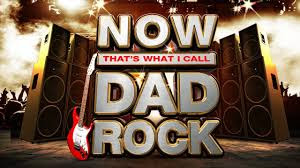 5. Do you all feel like you get smarter or dumber as the years roll on? Recently I started getting the notion that my wits were going in the wrong direction. There was a time where I walked into a room and fancied myself one of the sharpest blokes in the room, and sadly I just don't feel that way quite as much anymore. This is something I feel like I have to turn around, so I started some new habits like reading the newspaper cover-to-cover, doing crossword puzzles, and limiting my social media time. And hopefully writing more. I gotta write more, guys. I'm sorry I have slowed up so much with my output, but that is just another step I have to take to avoid gradually growing duller like the rest of America.

Okay, friends. You got any input on any of these five items listed above? If not, then just tell me something else that will make me laugh because laughing is good for the soul and the gall bladder. Mostly the soul.