Unorthodox Workout Planners and the Roommates Who Love Them

One of my roommates is out of shape, and he has a hard time motivating himself to exercise after working hard all day. Today he called me up on his way home from work and asked me if I’d like to accompany him on an exercising excursion. I really didn’t want to, but because he so rarely gets the gumption to propose such a thing, I got the feeling that if I said no he wouldn’t go at all. However, while his plan on the phone involved taking a long walk to a basketball court and shooting some hoops, his plan upon arriving home was almost identical except we were to end up at a bar somehow. Oh well, I wasn’t going to argue with him, because whatever it takes to get him exercising is okay by me. 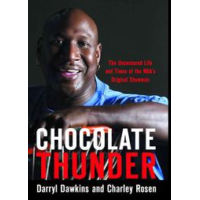 So the brisk walk there goes well. Then we do a rapid paced shooting around with one guy rebounding and giving the shooter his lay-up when he misses, and then switching roles. If this is done fast, it can be a decent workout. If you’re horribly out of shape like my dear roomy, sorry if you’re reading big fella, this is enough to make you sweat like a whore on Nickel Night.

I was hoping he had forgotten the bar portion of the exercise plan or maybe after such a good workout it would dawn on him how counterintuitive that part of the plan was, but no such luck. He was intent on going to the bar. Well, if I was going to go to a bar on a Monday, I figure we should at least try out some new ones, so my dumb ass suggests we should hit all 3 new bars on Ashland that we hadn’t been to, since they were all on the way home. Here’s our results.

The Foundation: This bar was a little bit too classy for us. They were playing Postal Service, which is encouraging, but we felt out of place wearing gym shorts and carrying a basketball. We asked for a menu and left. I think I’d go there, but there’s a similar place a little closer to me, so it’s not very likely.

Four Shadows: As I walked in, an a-hole knocked the basketball out of my hand with a big shit-eating grin on his face. He meant well, but I still wanted to punch him in the ear. I have this thing about people doing stuff like that. Whenever someone knocked my hat off my head I really wanted to go ape shit on them. It’s weird because I’m not at all an angry guy, nor do ordinarily have a fiery temper. I think in a former life I may have been an Old West guy who shot people for doing that. I hope that past life guy was careful about who he told his pet peeve to, because in my experience it only makes people do it more, which for him would have meant budgeting for more bullets.

Sorry, about the tangent. When we asked for specials she named a few so-so ones and then she said they $6 pitchers of Stella. Now I don’t think it’s good for two people to drink pitchers on a Monday, but you have to understand how good a deal that is. You can’t get pitchers of CRAP beer for fewer than 7 bucks in Chicago, and Stella is a damn tasty libation. As we sipped our frothy brews we chatted up our rock-hard body, yoga-obsessed, female bartender who was planning a trip to China to study yoga under the Shao Lin monks. We both really wanted stay there and hear more off-the-wall shit from this gal, and there was plenty of it to be heard, but we HAD to make it to our third and final bar.

The Ashland: This bar looked exactly like it did when it was the Skylight, which is the bar we had our New Years party at in which we had over 150 of our closest friends. It was a smashing success. Anyway, the only new element in this incarnation is that you can play beanbags, or corn-holing if you’re from Indiana, there on Sundays, and you can play video games at the bar. I wowed the bartender and my roomy at my ability to rapidly flap my ostrich’s wings to jump on my opponents’ eggs before being killed by other ostrich riders and the dreaded Lava Troll in the game of Joust, and then we were on our way. We thought about going back to the previous fun bar, but opted to go home. Well, roomy opted to stop off for a bottle of jack, which I think he’s still working on, and then we went home.

I think if I accompany him on another exercise trip, I’m going to have to insist that his regiment is not capped off with copious amounts of alcohol, but I’m glad I got out there to explore these new establishments. You HAVE to know all your local watering holes. Anyone want to share his or her favorite spot and why he or she prefers to spend his or her money at said bar? I think some of you know that my loyalty lies with The Liar’s Club, but I also like this dive around the corner called Cody’s which has a bocce ball court out back. I haven’t played yet, but when I start throwing some bocce balls around regularly my blog entries may be even more inconsistent. Good night.
Posted by Dr. Kenneth Noisewater at 10:25 PM

"I wowed the bartender and my roomy at my ability to rapidly flap my ostrich’s wings to jump on my opponents’ eggs before being killed by other ostrich riders and the dreaded Lava Troll in the game of Joust, and then we were on our way. "

i saw chocolate thunder once. actually, i think it was someone who dreamed of being chocolate thunder, as the gentleman in question was a male stripper at a san antonio adult entertainment venue.

Anon: That would be in reference to the video game Joust, which I was playing at the bar. They don't make them like that anymore. I am a big fan of games that only use one button.

Laura: The Chocolate Thunder I was talking about was the backboard breaking forward for the 76'ers who claimed to be from the planet Love Tron. He was really talented, but he was too light hearted about the game and he tooted too much blow. I'm sure your Chocolate Thunder is considered talented in the San Antonio male stripper circuit. Hey, guys call strip bars w/ girl strippers Titty Bars, why don't people call male strip clubs Weiner Bars? Food for thought.

i will start calling such places weiner bars. we'll see if it catches on.

as for chocolate thunder, he was alright (the naked one). the times i've seen the male stripper phenomenon, i found it completely unsexy because the whole time i was thinking to myself "what is that thing? please get it away from my face!"

I prefer video games that double as a table top a la centipede at Pizza Hut circa 1984.

In regards to my favorite libation stations, the criteria for such a ranking is good music and cheap drinks, good music is key. This combo helps to balance things out if there are any chacerellis around. As you know, I am a big fan of the LC precisely for these reasons. Also when I lived in Chicago I used to be pretty loyal to Club Foot on Wednesday nights, GREAT music and $1.50 wells and Coobah on Monday nights, $5.00 sangria pitchers and old school house music, and alas, there is always Tais which I know that some people hate, but keeps drawing me back. I think because I can really act like a fool there.

Laura, those guys waving their manhood in your face are just trying to feed their families, that's all. If he doesn't wave his junk in your face I, ahem, someone else will.

Jenny, does this Club Foot place still exist? Not the prettiest of names. When I went to Tai's with you it had been ages since I had been. I've been really good about staying out of the 4AM bars. Where do you live now? When are you starting a blog?

How cool. If only there were some bars on my jogging route. I think I'll have to change it.

thanks for the reassurance.

Club Foot still exists. It's over on Augusta east of Damen, but I'm not sure if the $1.50 deal still exists. The owner has a great collection of band tshirts & paraphernalia and "vintage" toys on display which also gives it some bonus points on my list.

I live in Columbus for now, I thought you knew that. Chicago keeps calling me back and I try to visit once a month. You better get in fighting form and take back your vow against 4AM bars when I'm in town 4th of July weekend. I'll be there from the 29th to the 5th.

Regarding my own blog, I am living vicariously through yours! Actually, one of these days I should start one up, so when I comment there will be a super cool picture of of a panda in an aerobics outfit displayed.

Steph, your should alter your jogging route to go by more bars. Hey, have you ever left a bar really late and seen someone JOGGING. Uggh.

Laura, I'm practicing my technique now. It's all in the hips.

Jen, I'm going to have to look into The Club Foot. Did I tell you that we do Trivia at Witt's on Lincoln. It sounds nerdy, but it's so much fun. We went 10 for 10 on the name that tune category. If you're in town on a Thursday you should come w/ us.

Trivia eh? nothing to be ashamed of there. it is a great skill to wow people with one's useless storehouse of knowledge. i might have to take you up on the thursday night tournament of champions offer. also, look for my summer track list in your email tomorrow.

that last one is from me. who else would submit such a rambling comment?

I find some information here.