"Where's the Next Block?"

I came across some $20 tickets to see Kevin Nealon at a cool venue in Chicago, so Mrs. Noisewater and I couldn't pass that up last Sunday evening. I love thast late 1980's cast of SNL, and Kevin is in my all time top 5 along with Phil Hartman (also from that era), Dan Akroyd, and 2 other cast members at four and five. I guess what I like about those three is that they're team players and terrific actors. They let everyone get their laughs and don't take over a scene, but by fitting into a sketch so seamlessly with their character, they subtly steal the scene to a careful observer. One other thing Kevin never did is break character by intentionally cracking up laughing and breaking the fourth wall. And while Nealon remained very aloof and silly with his topics and avoiding taking an actual stance or getting political in any way through out his set, he did point out that he never broke character because he was a professional. I thought that was awesome that he came out and said that because Jimmy Fallon and Horatio Sans giggling through a sketch like a couple of nit wits all the time just really pissed me off. 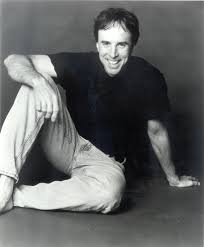 Just watch him in the infamous Chip and Dales sketch. Nealon keeps a straight face while he has to act like it was a tough decision to choose between him and the chiseled Patrick Swayze character. And you know what's really sad? He pointed out that everyone in that sketch is now dead except for him and Mike Myers. Swayze, Hooks, Farley, and Hartman all died tragically and prematurely.

So that about covers why Kevin is funny. What I'm more here to tell you about today is the drunk that sat next to us. Remember, this is a Sunday evening and a quiet winery spot, and right when we're wondering who we will be sharing our table with, an inebriated 20-something fella stumbles his way in with his date who didn't appear drunk at all. Mrs. Noisewater and I are sitting at one end of the table for four, and Drunk Guy says he can't believe they sat us like that and suggests that we sit across from our dates. I thought this was odd, but what the hell. Maybe he was onto something, right? So we made the switch.

Drunk Guy was telling us all the spots in the city that he likes to see comedians, which I thought was strange because he talked through all the comedy. When I gradually phased him out when he tried to talk to me, he moved onto the table next to him. We thought maybe he knew those people, but he actually just met them in the lobby and thought he would continue to annoy them during show time for the sake of continuity. Drunk Guy also got up to pee a number of times, which I can speak from experience can be the case when you drink a lot, and by his third or fourth trip he was growing into full blown shit-canned drunk status, bumping into everyone on his way through the aisles. 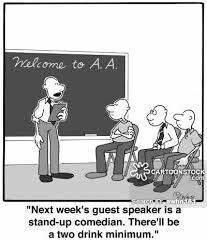 Late into Nealon's set, Drunk Guy leaned in to apologize to me, and he asked that I let his date know that that he was just fine and didn't annoy me too badly. This seemed like something I would have a hard time convincing anyone, considering he annoyed just about everyone within 30 feet of him, so one would assume that anyone sharing a table with him would be irate with his behavior (especially considering that some may be assuming that we knew the guy). Well, I never got the chance to smooth things over with his date because she had enough of him and left him there. When he attempted to go chase after her, security grabbed him and escorted him out. The management offered us a free round of drinks the next time we came out (because unlike Drunk Guy, we weren't on a Sunday Funday mission quite on his level by that point of the evening).

Then while we're in the lobby calling up our Uber, we see Drunk Guy trying to get back into the venue and get thrown out again! He starts to light up a cigarette, and the bouncer says, "Get outa' here! Go smoke on the next block!" And this is when I knew Drunk Guy was completely obliterated because his response made no sense at all. He said, "Where's the next block?" I tried to help him out because in his drunk mind I had been his biggest supporter that night. I advised him, "The next block is the next block that way. Or that way. Either way, you really have to get out of here fast."
Posted by Dr. Kenneth Noisewater at 4:09 PM

First of all, I don't think people realize how good a stand-up Kevin Nealon is. Second, Phil Hartman was a certified genius. His wife is the worst that humanity has to offer.

It's hard for me to feel sorry for drunks. I know a lot of them can't help it but I still think it's a lifestyle choice and not a disease. You can't quit cancer. You can't quit leukemia. But you can quit drinking. I've seen it done. You should've pointed him in the direction of oncoming traffic.

Exile: You're right about everything here. Kevin is funny, Phil was funny, and drunk guys when no one else is drunk are terrible.

Interesting that he wasn't too drunk to realise he was making a bad impression on his date. Funny that he thought you could smooth things over for him. You must have a very sincere face, Dr Ken!

Anyone who can do the Hanz and Franz skit without breaking down with a case of the giggles is truly and actor/performer/comedian of the highest caliber!

Definitely no fun being sober and dealing with a drunk dude. It's amazing how your perspective changes when you are not shit faced with them. Hope all is well with you and Mrs. Noisewater, and I asked Kyle if he was indeed growing his hair out to join Slayer on their 2027 Native American bingo hall tour but he said no.

That SNL skit is probably one of my top faves! It's beyond hilarious. Once in awhile you'll see Kevin on the Ellen Show participating in these amusing segments such as going to the mall and walking up to random people and asking him funny things. Ahh, Phil Hartman-- he was crazy funny in Newsradio.

Gorilla: He knew a sympathetic drunk when he saw one.

Jimmy: He told a funny story about Arnold coming on the show for a Hans and Frans sketch!

Kaya: Blow it out your ass.

Coke: Kevin is very quick on his feet and an excellent improv guy. Dude is funny as hell.

Oh my good hell. Did drunk guy not have any friends with him? Did I somehow miss that part in the story? You were incredibly patient. Good trait to have as a parent. So I hear. ;)