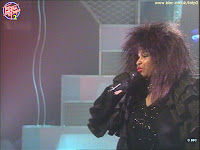 I woke up yesterday and immediately put on music. I do this most every day, but for some reason on this morning I needed to hear Ain't Nobody by Rufus and Chaka Khan, with a reasonable amount of volume. I think I got carried away, because I woke up one of my roommates, one of my INSANE roommates, and he proceeded to blast his OWN music super loud so that now he and I weren't just awake, but all 5 roomies, and perhaps the tenants below us were now awake. If they didn't wake up from the music, and bad music in my estimation, and not bad meaning good like Chaka, they were surely given a rude awakening by the ensuing ferocious door slamming. He has a hair trigger temper and seems to have a revenge philosophy similar to that of Sean Connery's character in The

Untouchables ("They send one of yours' to the hospital, you send one of theirs to the morgue, etc"). If the door slamming and music blasting doesn't convince you that he has the philosophy, then you have to believe me when I say that when I went into the bathroom which we share to shower I saw that the shower was running, left on hot. I had reason to believe that he did this intentionally to run me out of hot water, so I was slamming my fists on the tile walls of the shower in a fit of rage, which is totally out of character for me. Dead-on in character for him, but not me.

So, after my cold shower that left me feeling like pneumonia's wet dream, I was off to take pictures of Santa!! I was ecstatic to see that I had a GREAT crew when I got there. I've worked on and off with photography company employees "C" and "W" for over a year, and both know what they are doing, are a lot of fun, and I consider them friends. W brings a lot of energy to his job, like me, he may be a roommate real soon (see last paragraph) and both of us were amazing and jingling the sleigh bells to get the babies looking at the camera, and then snapping the picture with expert timing. All in all it was a pretty fun gig, and I think we did really well. It's a stupid, weekend job, but as I've said in previous posts, I take pride in my work and like when everything goes to plan, and the customers are satisfied.

That evening I went out for a few cocktails with two of my buds. Together we made up 3 of the 4 Horsemen. The fourth had to close the restaurant he manages. I know it sounds nerdy, but we have always called ourselves the 4 Horsemen, because we hit it off so much when we go out, and it has a nice ring to it. It seems that it's tough to get all of us together, and even tougher to get all of us together AND single. Currently, the guy that didn't make it is engaged, one guy is headed that way, one of them is really excited about a girl he's been talking to, and one of them is me. Our favorite bar, The Liar's Club, had a small crowd on the day before Christmas Eve,

since many Chicagoans had already packed up and went home to their families. This enabled us to get the table that is elevated five feet in the air, which we found to be a lot of fun, if you can endure the heightened smokiness. With our bird's eye view, oldness, and wise-cracking ability, we likened ourselves to Waldorf and Statler from The Muppet Show. 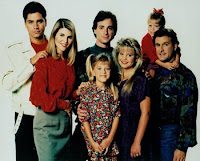 Our one friend was having a lot of doubt about the idea of marriage. He loves his girl, but he has had A LOT of marriages around him crumble. Through the course of our conversation, it became evident that all 3 of us want kids, but are unsure about wives. Anyway, we decided we will start a Four Horsemen Commune, where the 4 of us will live and help each other raise our children, which we will adopt, etc. It would almost be like a TV's Full House situation, only with one additional uncle, and less vomit-inducing corniness.

Okay, I'm off to see my non-commune family for Christmas. Hope you all have a super holiday!

The Gancer
Posted by Dr. Kenneth Noisewater at 8:16 AM

my dearest dr. kenneth - the two hecklers from the muppet show are waldorf and statler. the 'waldorf astoria' is where james earl jones, the king of zamunda, is staying in 'coming to america'

sorry to burst your christmas blog, but i can't sit by quietly as muppet inaccuracies are sent out into the world.

Let me know if you are looking for a Kimmy Gibbler.

helper: I looked it up, and you were right. I always thought they were named after the hotel . . . Well, leave it to my Jewish reader to comment on Christmas Eve.

Classy: I remember an episode of Full House when they flashed forward to the future and Kimmy Gibbler was hot and had some big, um, gibblers, and she was all, "you boys should have been nicer to me when I was younger." Just goes to show you, you gotta be nice to the ugly, annoying girls, just in case . . .

Hope you have a jolly time this Christmas.

Dude, I tell you this as a sincere Efriend. That idea you had with your friends reeks of GAYNESS. Is there something you want to tell us?

Dude, what is this living situation you are in? And what makes you think this fantasy "Full House" living siutation would be any better?

I'd like to be a part of your master plan; you provide the women, I'll help make the babies, then they're all yours to raise!

Laura: Glad you're back.

Steph: You have to understand that the commune would give me the companionship with my buds, but they won't suck my sole like a wife. Plus, if it gets crappy, I'll just take me kids and move out. I know it's stupid, but it's just a theory, so far . . .

Cherry: It's kinda like full house, only without the chromosome challenged twin girls. How did those girls end up pretty when they were such goofy looking kids?

Matt: I don't know about that plan. Dr. Ken never passes on the baby making process. Thanks for the offer though!

I'm just glad I'm not the only one who has to listen to "Ain't Nobody" in the mornings.

It's too bad men and women need each other for children...at some step along the way at least.

I love the muppets.

Alanah: Don't lie, you're loving that song. What would we be without guilty pleasures? Answer: Bored, snooty, rock fans.

You're right about it being a damn shame it's so hard to get along with the fairer sex. This blog was written at a time of frustration, so I would like to go on record and say that I still have some hope that I'll find somebody worth spending more than a couple of months.

Smack: Me too. I need to work Bunson and Beaker into future posts.

Hmm ... My girlfriends and I have the same commune plan. Maybe we can live next door to your commune. Oh man, when a girl commune is next to a boy commune, some crazy hijinks will ensue, for sure!

Roxy: Let's start looking at some property for our adjacent communes.

Merry Christmas/Happy New Year - so glad I found the Gancer to close down 2006. I do so love the concept of wanting kids, but being unsure about wives. I feel the same way. A pack may be in order.... :) Although I am NOT making deals with ALL of the horseman.

Darci: Sorry, we're a package deal, so you have to take all of us.

There was not an ounce of irony in my comment. I fucking LOVE "Ain't Nobody!" I have it on cassette, even...on the Breakin' soundtrack.

And..speaking as a single mother, it's totally possible but a fuckload of work to raise good kids on your own.

Alanah, I totally misread your comment and got all defensive about that song. Sorry about that!

Yeah, I imagine it is a lot of work being a single parent, but holding a marriage together is also a lot of work. Here's to you for going it alone . . .