I went on a music trivia bar crawl yesterday where your team answered questions at various bars, and then you got the location for the next location through yet another question.  The format was fun because they had word searches, puzzles, and one thing where you had to mingle with everyone there to guess which rock band/artist they were based on a clue.  Meeting all the people was one of the best aspects of the day, and it is how I found my new book club.


Two guys were dressed as ZZ Top, but as I pointed out to them, they looked a little more like Hasidic Jews.  They said they feared the same thing as they put their outfits together.  Somehow they got talking about their book club that has been an excuse to get a night out away from their wives and rest of family to drink beer with their buddies.  They have discovered that no wife will get mad about them going out for a book club.  Pretty ingenious, actually. 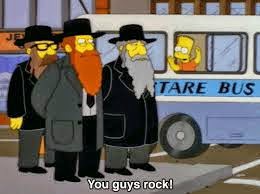 Apparently one night a woman came over to their table and asked what they were up to.  They said it was a book club, and she asked if she could join.  One guy said "No way.  This is guys only."  She asked if she showed them her boobs, might that change their policy.  They talked it over and decided that this could be the one and only way they could allow a female into the group.  So she flashed her boobs, and they asked her to go ahead have a seat.  Turns out she cuts herself intentionally (self-mutilates), and at the following book club she ended up making out with an Asian woman a the bar.  She didn't show up to a third session. 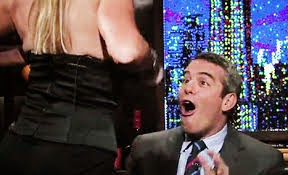 I told them that the group sounds awesome, and they invited me to join (without having to show my boobs).  They just had two questions: Do I like to eat meat?  Do I drink booze?  Yes and yes!  I'm in!  I thought it was really cool that they took such a liking to me and accepted me in.  I reassured them that I won't be nearly as crazy as their and only female member.  I seriously am giddy with anticipation for the first group.  The guys seem really funny and intelligent, many are in a similar line of work as me, and I like a good excuse to get together with folks and have good conversations over a few pops.

How about you, readers?  Got any groups of friends that you meet up with through any kind of regularly scheduled club or activity?  And do you think I should try to track down the crazy boob-flasher to reinstate her membership?
Posted by Dr. Kenneth Noisewater at 3:34 PM

Yes, you should track down the boob-flasher and ask her to chair a 10-minute discussion about boobs in every book club meeting. Make that 20 minutes.

I don't think Oprah would approve of that story of "the book club and the boob flashing"... I can just imagine her launching into a lecture, then cutting to a commercial break. There is no such club I really belong to, but I would like to join the Neil Breen Book Club if it exists.

Have fun Dr. Ken. I meet up with a group of friends during the spring and summer and it's called softball season. As we say, our drinking team has a softball problem. And you most definitely need to track down Tits McGee.

Fungus: Of COURSE you worked in an awesome Gif. You got to get on Relay on your cell phone. So fun to send whacky gifs all day to friends!

Shife:Softball is the perfect game for that. That was all I was good at on my team.