It has been one heck of a long time since I have posted, and I think the most noteworthy thing to update my zero remaining readers about is that we had our second (of two and two only) kiddo in September. We had another boy by the name of Desmond Noisewater, and he is a very contented and happy young man thus far. He came a little bit early and unexpectedly so we had no one to care for his big brother, Erik Noisewater, during the birthing process. My parents got on a train to come watch Erik, but we had to take him to the hospital until they got into the city. Things progressed pretty quickly, and his mother was in quite a lot of pain and screaming, rightfully so. Erik looked really concerned and was saying, "What's wrong with mommy?" so I had to get him the hell out of there and back to the condo until my parents arrived. Wouldn't you know I ended up missing Desmond's arrival? A little bit of a drag to miss the birth of my son, but what is important was that he was born healthy. However, there is one minor mishap in that he has a low functioning and enlarged kidney due to some sort of mass inside his belly. It doesn't seem to be causing any problems for him, but it's still something in the back of our minds to make us worry and lose our minds about every now and again. 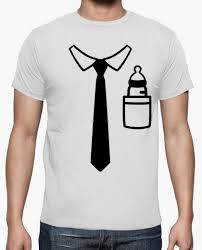 I'll make a confession here, because I know I can trust all of you. The second baby is not nearly as fun. With the first it is a lot of "Oh my God we have created life! We are keeping this youngster alive by feeding it! He has all our DNA and we are extending the survival of the human race!" Then the next time around it's more like, "For real? More sleep deprivation and live shits blasting during diaper changes and pee shooting into the wall and splattering all over me? And I'm trying to get the new guy taken care of while the older one won't leave the the F alone and won't put his dang shoes on?" All the magic and wonder you had with that first one is replaced with annoyance, and you have zero time for yourself. It's rough, I'll admit, but the alternative is leaving your kid as an only child, which my best friend and own mother can attest to is a crummy upbringing. So we do it. And don't get me wrong, we love our Desi-Bear (Yeah we call him that, so F-off), but it's just a matter of forcing yourself to be sure you're sure to will yourself into being as excited as you were for the first one and pay him as much attention as you did the other guy.

I just had to get back on the blog because I have been feeling like I am busy as hell with work and family but really losing my identity as an individual  - and on top of that feeling a little stressed out and depressed. I know that when I pump a blog onto the internets it keeps me more sane, happier, and it affords me a place to get my thoughts out. I know that when I go to a dark shitty place as I allow to let my negative thoughts spiral, one particularly nasty way I like to beat myself up is to let that inner dickhead voice say to me, "And what ever happened to all that writing you used to do, you loser?" So, the plan is to try to get on here and post a lot more, even if it's a quick few sentences on my phone during Erik's basketball or gymnastics practice. Help me out, guys. Instant message me to shame me for lack of posts every now and again. I welcome it.

What's on tap for this weekend? Kid shit. Always kid shit. But it's really what it's all about now; to see the kids happy is the best. We had a brunch at a theater nearby where you can meet Santa in one of the theaters. Anyone ever notice that all the Santas these days are actual old guys with authentic white beards? I swear to God every Santa I saw in the 1980's was a young guy with a beer gut and a fake white beard clipped behind his ears. This one was good, but he was more of the take a picture variety and not big on the "What do you want for Christmas, little boy" type." I think this stressed out Erik because he said he wanted some Transformers in a meek voice a handful of times, but old Santa with his actual old ears heard none of it. What I should of done is chimed in and said, "Okay, Erik. Santa is putting Soundwave and Shockwave down on his list and  Beardshis Elves will get right on building those boys for you." I always have stress and anxiety about the dumbest things ever like getting the picture, so I don't live in the moment and relax and think of what I need to. Why is every day bull crap so nerve racking for me? This is why I need to get my ass in front of a computer and blog more - because I have lots of thoughts like these that I cannot make sense of until I type them out. 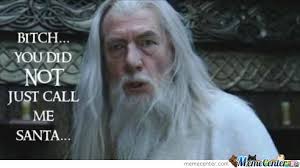 Okay, blog buddies. I'm off to run down the blogroll to see what all of you have been up to in my admittedly long and inexcusable absence. I hope I can keep my pledge to get on here more, because I know it's good for me. Thank you.
Posted by Dr. Kenneth Noisewater at 12:08 PM

I guess we don't need to ask then what you've been up too.

Thanks so much Mistress and thanks for coming by. I'll swing by for more dong shots.

Two boys!! hahaha!!! you might as well get a whistle and referee shirt now and be ahead of the game, read The Art of War again, and prepare yourself for the battles... and i can only assume Desmond was named after Dekker lol!!! I tried to name the oldest boyo Ian Curtis after the lead singer of Joy Division but got busted, needless to say i still got the first part, the second kid i toyed with naming Nicholas Adam, after Hemingway's character Nick Adams, got half of that one too, not the biblical side luckily... and i highly recommend shift work on the lil Desmond, i used to go to bed a 7pm and sleep til midnight and then from midnight to morning it was my shift, at least you get a few hours of uninterrupted sleep, trust me it works, takes the edge of the zombie-like haze, lol!!

Kono: They will be old enough to fight like cats and dogs soon enough, but I for sure hear you on the shifts. I like to go to sleep the second the kids do so that I'm up with a little bit of rest. I swear the older one is up just as much as the little guy. It's annoying. Comes in our bedroom and you just look over and he's staring at you. Mad creepy.