You always hear about when people run into celebrities and it's always one thing or the other:
1. He was such a cool guy.
2. The guy was a total dick
I used to like to fantasize about my mythical celebrity life, and every time I was just the most gracious and nice guy you could ever know. But as years go by, I get why stars get a bad reputation and a slanderous story for someone else to tell. I think I would be the "total dick" in 9 out of 10 encounters with fans. Now that I have a family too I completely see it. The guy telling the story would be like "I saw Kenneth Noisewater when he walked up to the fountain drinks to refill his Mountain Dew at Taco Bell, and he totally blew me off when I brought up the third movie I liked him in." Yeah, I got my family in the booth and I don't want to talk to a some deranged fan all night - one who might start to think he's my friend and stab me some day if I don't brush him off now and not later when he is too intertwined into every aspect of my life.
In my celebrity fantasies I’m very much about the people and still dine at places like Taco Bell.
So now I'm thinking back to two my celebrity encounters.
1. The time I met Pau Gasol who was playing for the Chicago Bulls at the time. Believe it or not it was the night I proposed to Mrs. Noisewater. I had to say something on my way out to him because his table was positioned on our way out the room. So I did a drive by. I never stopped my momentum, just swept by and said, "Go Bulls! Keep it up!" In a whisper, so no attention was drawn to him. The Bulls were riding a little win streak at the time. 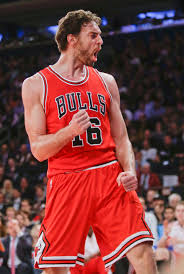 Very smooth and unobtrusive, right? Well, let's look at one from a few years before that.
2. Then there was the time maybe 10 years prior when I "met" Dee Snyder. I was going into the House of Blues in Chicago, and the one and only Dee Snyder was coming out. We were in a revolving door at the exact same time, and I'm a mere inches away from his face with just that glass between us going full Chris Farley on him, "Yeah! Fucking Dee Snyder! You fucking rock, bro!" There is no way in hell he didn't see or hear me, but he still managed to completely ignore me. He looked pissed about something. 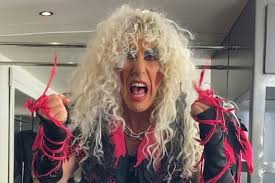 I used to get mad when I would think back to my moment with Mr. Snyder. And if his name came up I might have been inclined to say that Dee was less than welcoming to me in our encounter. However, now I'm like, hey, Dee might have been having a bad day. And I had a few beers in me and was probably annoying. I don't hold it against him in the slightest.
Dee, if you're reading this, you know longer have to worry about that time you mistreated a fan. There. I've absolved you of your sins. Now go forth and rock with a clear conscious.
Posted by Dr. Kenneth Noisewater at 7:55 PM

I am going to yell "Yeah! Fucking Kenneth Noisewater! You fucking rock, bro!" when I meet you in a Taco Bell bathroom. Probably have you sign my nipples.

Shife: I'm holding you to that. I better keep a Sharpie around at all times just in case. Bring your nips.