Some of Chicago's finest bloggers, all of which can be found at theliarsclub.blogspot.com, got together at a watering hole, along with the out of town I'm Not, and we played a board game called Mary Them, Dump Them, and Do Something Else BORING to Them - Only we changed it to Marry 'Um, Kill 'Um, or F@%k 'Um.

We all had our own strategies, and it's bazaar when we all agree, especially when it comes to which person should be MURDERED. I would usually figure out first, who I want to marry, then, who I want to kill, and finally, just F' the remaining person.

It was decided that we should all pick a card from the game and blog our choices, and my card read Mr. T., Mr. Clean, and Mr. Rogers.

Marry 'Um: Mr. Rogers. He's organized, he's got a cool house with cool stuff, and he has a punctual mail man. He even has a trolley that can take you to the World of Make Believe, or whatever. This led us to say what we'd do to those people, and we all wanted to kill that crotchety, old bitch in the Ferris Wheel thing, and bang the holy hell out of the little cat lady who said meow every couple of words, which would in this case be like, "Give it to me, meow. That's the spot, Gancer, meow." Bottom line, you might tire of Mr. Rogers singing while he changes sweaters and shoes for the 4th or 5th time of the day, but you just know he'd be super-nice, and one heck of a swell hubby. 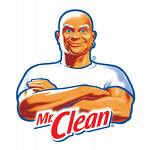 Kill 'Um: Mr. Clean. I have nothing against Mr. Clean, but I just don't know him as well as the other two fellas. I grew up with Mr. Rogers, and Mr. T. is not only from Chicago, but he was Clubber Lang in Rocky AND B.A. Baracus on the A-Team. I mean, hell, I played A-Team in recess, and although I was Hannibal, their fearless leader, I always respected Mr. T.'s no-nonsense attitude and seemingly limitless threshold for gold jewelry worn at once. All I know about Mr. Clean is he's bald, and he cleans floors. That's it. So, sadly, he must die.

Okay, seven readers, where are you casting your votes, and do you want to throw in a new set of names?
Posted by Dr. Kenneth Noisewater at 12:45 PM

Oh goodie! I love this game. I agree with your choices, but Mr. Clean is kinda hot, so maybe I'd rather f@*k him. I'll have to think on that.

Those are my nominations.

I am with Kadonkadonk. Mr. Clean has sumthin sumthin and I think I would have to kill Mr. T actually.

That terrbile YouTube video of him singing the "treat your mother right" song in the 80s is worth more than a bit of manslaughter.

Plus, if your able to muder BA, after he survived all those attacks on the A Team, that would make you pretty bad ass.

Shizz, now I have to post my 3 guys...and I still can't figure out which one to kill.

This one is confusing to me, because Mr. Rogers throws things off. Which slobs among us wouldn't want to marry Mr. Clean? However, I couldn't kill or fuck Mr. Rogers (I'm grossing myself out picturing his slow, calm, lilting voice during sex), so I'd have to marry him-- we all know that married people don't have sex. I'd do Mr. Clean and kill Mr. T, I guess. Both he and Mr. T wear a bit too much man jewelry for my tastes, though...

I'm right there with you Gancer. Excellent picks. Mr. T is "'da man." Clubber Lang was such a great character in Rocky III. Favorite scene:

Reporter Guy - Clubber, do you have any Predictions?

Do you remember the Mr. T Saturday moring cartoon? I'm pretty sure that is where he earned his rep for reminding kids to drink their milk and stay off drugs.

Of the three, I only know Mr T -- but I think I would marry him, fuck Mr Rogers and kill Mr Clean. Mr T would make a good wife, he'd wear an apron and have my dinner ready when I got home and ask me how my day was. He could protect me if anyone was mean to me, as well. And there wouldn't be any worry of any of that other stuff, as I'd be sticking it to Mr Rogers. Mr Rogers would open the door dressed in black rubber and you'd know it was going to be another of those days. Mr Clean I don't know, but you say he cleans stuff -- while cleanliness is important, I'm sorry -- pass me the magnum.

As for three names: Luke Skywalker, Han Solo and Chewbacca. You must decide.

i'd be afraid to fuck T. after we're done he'd be all, "if you wanna see how a real man does it!" or "i don't need no has been messin up my corner!" and then i would become his bitch. i'd have to kill mr. T, fuck mr. rogers, and marry mr. clean, you know mr. clean would keep the casa clean and fresh and pine scented. the dishes would always be done, the floors would be mopped... and you'd have mr. rogers on the side to fuck, and then when you're done, you could wrap yourself in one of his cardigans and head off to the land of makebelieve.

Mr. Rogers was a pedophile. He's not allowed to live within 5 miles of any school.

As I recall we were in agreement on this one. Thanks again for suggesting this game. I'm going to make us play it at the next bridal or baby shower I'm forced to endure

Reck: Nobody can kill BA. Nobody.

Cherry: I'm all for fucking Mr. Clean AND bringing K.I.D. in the L.C.

Mystery: Temendous assessments! You are a natural at this game.

Grad: On the cartoon, his dog had a mohawk. That's no lie.

Mighty: True. We'd have to home molest, I mean school, our children.

Bradshaw: Most seem to agree, but I didn't know Mr. Clean was such a hotty. It must be his dome.

but i wanted to go to tashi station and pick up some power inverters!

Please tell me a sufficent amount of alcohol helped you reach these decisions!

To Mr. Clean's credit in the "F*** 'Em"-category, he was one of the first Hollywood stars to get his @$$hole bleached. He thought of it 40 years before Tabitha Stevens.

Also, contrary to popular belief, he was origially a sailor, not a genie. So he would be experienced in man-love.

I would marry Mr. T in a marriage of convenience. That way, I would never forget how to spell my spouse's name on our anniversary cards.

I would want somebody to sing, "Fool if you Think It's Over" at our wedding.

That was hilarious...I would F Mr. Clean's sparkley ass!

Chud: What about, "But I was going to go to the Tachi Station to pick up some power converters."

Zen: You're invited next time we play this game.