1. I remember when my dad and I took my nephews to see the movie Avatar my dad said that he had read a short story very similar to the story entitled Call Me Joe. I looked it up when I got home, and sure enough the novellete by Poul Anderson, published in 1957, told the story of a disabled man controlling a remote being on the planet Jupiter. Evidently there was no lawsuit filed for copyright infringement, but James Cameron did rip off other sources for the story of Terminator and had to award a settlement. 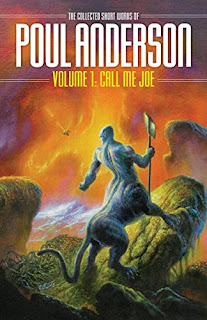 Just the other day I was with my dad and just asked him out of the blue how in the hell he remembered reading that story and connected it to Avatar when he only read Call Me Joe once around fifty years ago. He can just do that. He is always telling me stories from way back in time with an insane memory for detail.
2. I'm watching a six part documentary called I'll Be Gone In the Dark on HBO about a woman trying to solve the case of a murderer/rapist in the Bay Area from the 1980's who raped fifty people, killed 10, and was never caught. She was actually married to comedian Patton Oswalt, so he is in the film too. The details of these home invasions are so vivid, descriptive, and terrifying that I actually paused it to check that all of the doors were locked. 3. Every day is pretty much the same in terms of the three things I try to get done: Work on my continuing education program online, work out, and write a blog. Today I completed 2 out of 3. The work out didn't really happen unless you count the shared bike ride/walk home from the mechanic and then again to go pick up the car when it was done. Also I spent over $400 on the car and made $0, so that's not a good pattern for the summer. 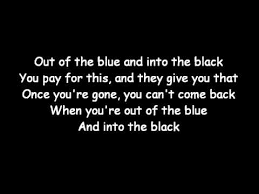 Hope everyone is doing super. Drop me a comment about something you're doing to stay productive, a show you're watching, or a new thing you're doing during quarantine.
Posted by Dr. Kenneth Noisewater at 7:12 PM

I'll be gone in the dark sounds interesting. I don't recall hearing about it and she was married to Patton Oswald? Wow! Never caught? I wonder how she is exluding this long?

My mother claims i have a long memory too and has no idea how I remember things from such a very young age. I hope I like your dad on im older.

That should have read jog around the lake...damn word correct.

My routine has many similarities to your own:

1. I try to write a blog post daily (today's is about some of the statistics about my health journey).

3. I do some University related tasks.... yesterday I mapped out one of my courses for Fall in terms of exam dates, due dats of materials etc, and have the syllabus for that course probably ~75% set. Today, I am working on IRB submissions (IACUC, actually, but in the same realm) for my research.

4. I am also trying to (with my wife) work through some aspect of "gussying up" the house in some fashion each day. Yesterday I did a very intensive, deep cleaning of the kitchen. Today, I am hoping to find wrought iron wall hanging railing to hang photos to put some art work up in the dining room.

I had no idea about Avatar but I guess I shouldn't be surprised with James Cameron. Sorry about the car expenses. Hope that trend doesn't continue for you.
I have been working from home since March and I thought I would learn to play the guitar while I was away from the office. I have tried but I don't think I have the guitar bug so I am looking for a new hobby. Any suggestions?

Mistress: Wish I had the lake to incorporate into my routine. I mean, I can run a mile to a lake by me, but sounds like you're right there. Today I just made it. Barely got all 3 things done.

Pipe: You're getting A LOT more done than me. Good work. My dad is a retired professor. Little known fact.

Shife: I suck so bad at guitar. It's damn hard. I do need to train my brain to do something new so it doesn't get dumber. I feel like I get dumber all the time. I don't have a good hobby suggestion, as I'm looking for one for myself too.

Yes...the lake is about a 9 minute drive up the road....park and then jog. It about 6 miles around. It takes about a good 1 and half hour to jog it. But it's so beautiful up there...its over before you know it. And lots of wildlife.

Mistress: Nice work, dude. Something to be said about a mission run like that. I did a 20 miler race around Lake Geneva back when I could do things like that without a problem. Drank a bunch of beers and smoked cigars and partied my butt off with my now wife that night. That's a story I got to tell on a blog. I'll jot that down. Thanks for the talk!

WHAT A GREAT MIRACLE THAT I HAVE EVER SEE IN MY LIFE. My names are Clara David I’m a citizen of USA, My younger sister was sicking of breast cancer and her name is Sandra David I and my family have taking her to all kind of hospital in USA still yet no good result. I decided to make search for cancer cure so that was how I find a lady called peter Lizzy she was testifying  to the world about the goodness of a herbal man who has the roots and herbs to cure all kind of disease and the herbal man email was there. So I decided to contact the herbal man @herbalist_sakura for my younger sister help to cure her breast cancer. I contacted him and told him my problem he told me that I should not worry that my sister cancer will be cure, he told me that there is a medicine that he is going to give me that I will cook it and give it to my sister to drink for one week, so I ask how can I receive the cure that I am in USA, he told me That I will pay for the delivery service. The courier service can transport it to me so he told me the amount I will pay, so my dad paid for the delivery fee. two days later I receive the cure from the courier service so I used it as the herbal man instructed me to, before the week complete my sister cancer was healed and it was like a dream to me not knowing that it was physical I and my family were very happy about the miracle of Doctor so my dad wanted to pay him 5 million us dollars the herbal man did not accept the offer from my dad, but I don't know why he didn't accept the offer, he only say that I should tell the world about him and his miracle he perform so am now here to tell the world about him if you or your relative is having any kind of disease that you can't get from the hospital please contact dr.sakuraspellalter@gmail.com or whats app him +2348110114739  you can follow him up on Instagram @herbalist_sakura for the cure, he will help you out with the problem. And if you need more information about the doctor you can mail me davidclara223@gmail.com