After getting done playing football at recess one day when I was around 9 or 10, one of the more popular kids in the class came up to me and said, "I can't believe you said "I'm widical!" I guess what he meant is that I thought I was wide open for a pass, and I thought I'd combine the phrases "wide open" with one of the word de jur words of the 1980's, radical. Come on, I was a dork, but I wasn't that lame. I denied it vehemently. 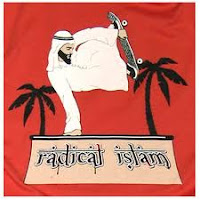 Another day at recess, it could have been the next day, but I can't say for sure, we're playing football again, I ran a slant, post, or a fly pattern, I can't be sure which, and I was completely open for a catch and an almost certain touchdown! I found myself blurting out, "I'm widical!"

I thought to myself, "Holy shit. I must have really said that the other day. Jesus I'm lame. I might as well have said I'm widular" (wide open + tubular).

How about you, Seven Readers? Have you ever found yourself saying something really dumb? Again?
Posted by Dr. Kenneth Noisewater at 7:01 PM

yes, all the time, but then i try to make it "happen." i have about a 25% success rate. my group's slang is pretty daunting to newcomers, not to mention that everyone has about 5 different nicknames at any given time.

I do this all the time. Luckily I mainly hang out with my kids so they accept everything I say as correct and cool. Now that they are getting older they tease me but it was cool to be queen of their worlds for a short while.

Jov: Can you give us two out of five of your nicknames?

Michael: I say bro and brother all the time, and I also say "playa," which is really terrible.

Heff: Oh, come on! I know you say something terrible. "Slappa' da' bass!"

Radio: That's true. You can say anything dorky around little kids. That's a blast.

Jov: I can see The Sheriff.