. . . so let's just see if there are Wikipedia pages for the first 5 weird and/or disgusting things I can think of:

1. Fear Boner: If you watch "The League," you know that this is when you're so scared that you get an involuntary erection. It didn't make it onto Wikipedia. Yet. 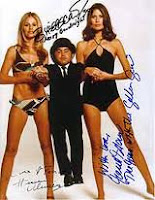 2. Herve Villechaize: Yes the midget from TV's "Fantasy Island" has a page, and here are some fun facts: He insisted on being called a midget rather than a "little person." He was difficult on the set, propositioning the women, arguing with the producers, and when he demanded a salary on par with Ricardo Montalban, he was fired. According to his butler, Herve never got over losing his job on the show, and he spent a good deal of time drinking in a dark room while watching episodes of "Fantasy Island" and cursing at the television. That's actually kind of how Dr. Ken spends his evenings . . . 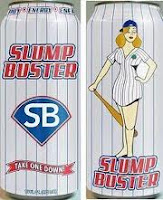 3. Slump Buster: Believe it or not, when you look this up, "Hogging" comes up and is described as "the practice of groups of men who target overweight or obese women, typically for sexual encounters." This is also called "big game hunting," a term I'm actually not familiar with.

4. Ron Bykowski: He was the token white guy in George Clinton's Parliament/Funkadelic, and despite playing on a bunch of classic records, he does not have a Wikipedia page. This is kind of messed up because all the other obscure names I could think of who came in and out of the band over the years had a page dedicated to them. I know one record I have lists him as the "token white devil," which is nothing short of outstanding. I'm a big fan of Funkadelic, as evidenced by the picture of George stepping out of the Mothershp, which you can see has been my profile picture on this rag since day one. This has led some readers to think I'm Black, but in actuality, I'm more like the Ron Bykowski of the group. 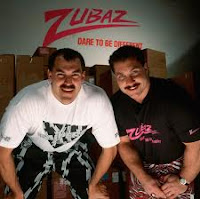 5. Zubaz (pronounced Zoo-Baz). Yeah, there is a page for these awful, awful pants. I learned this: "In a 1993 survey in Inside Sports magazine, Zubaz finished third in the voting for Worst Thing to Happen in Sports that year." Also, "They hoped to make a short that would stretch and expand with the body during a workout." I was surprised to read that company went bankrupt because it's quite a debonair look.

So, what have we learned? Well, "The League" has yet to be given credit for the terms it has created, some midgets are okay with the term midget, every once in a while something that is more of an "urban dictionary" type of thing sneaks onto Wikipedia, you have to do a little more in your career than be a token guy of a different race than your group to get a page of your own, and Zubaz are just as ugly a look as I remember.
Posted by Dr. Kenneth Noisewater at 7:46 PM

Labels: Lack of creativity on my part, wikipedia

I think ol' Herve Villechaize is the reason midgets bothered me. He looked like an asshole. But he had a butler?! Damn.
I love Parliament! I see Bootsy Collins around here quite a bit - he's always in full get-up, too.
But really, it was awesome to hear some Kyuss on here this morning.
Rock on, Token White Devil. :)

Slump Buster? I thought it was something I could send to the Red Sox, but as I read further I realized something. The guys I went to high school with would always say something horrid about a random fat girl. They would call her a "hogger".Now I know why.

My asshole EX used to wear those pants. Glad I got rid of him.

John Ritter told a female body-builder his cock was "scared stiff" in the film Skin Deep. I think that proves the phenomenon is real.

Candy: What is Zubaz Guy doing these days? Are you friends with him on Facebook or anything? Do you think he will sell me his old Zubaz?

Gorilla: After you posted this comment, I looked up that movie to see how it was received critically because I remember liking it. I guess it was panned, but I remember lots of laughs. And naked chicks.