. . . so this is going to be brief and full of typos. I got all of my work stuff done tonight, had a half-assed workout, and settled in for the first game of the NFL season with some really crappy wine that tasted like ass vinegar. Let's say you drank wine out of someones butthole, but all you had to chase it with was vinegar - that's what this tasted like. It gave me a mild buzz, but it made up with it by sinking me into a deep depression. Score! 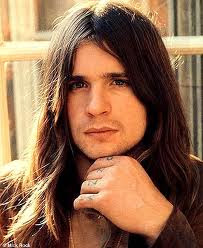 I saw a commercial for the Gene Simmons reality show, and he is finally proposing to Skinimax star Shannon Tweed. Man, I wanked to her movies so many times . . . Anyway, now she's beat up looking, and so is he. I just wish these rock stars would not do these awful reality shows where they're all old and embarrassing. It was bad enough when Ozzy reduced his legacy from being the front man for the founding fathers of heavy metal, Black Sabbath, and an outstanding front man and performer, the true heavy metal madman to . . . an old man hobbling around his apartment, helpless without his wife and he and his kids saying the f-word every few seconds. 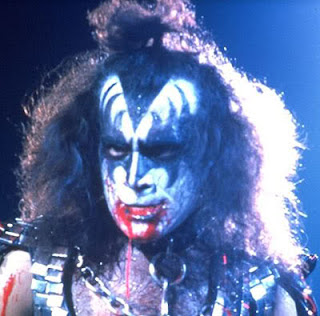 Then along comes Gene. Once he was a fire breathing, blood spitting, long-tongued pussy licking Jewish beast-man rocker, and now . . . Well, now it looks like he's having heart surgery, and a couple of years ago he had maybe the worst sex tape of all time where he mounted some young girl with his big belly flopping into her, to the sounds of "I Want To Know What Love Is" by Foreigner (no one should intentionally bang to that after the 80's - let alone video tape it) and the girl didn't even bother to take off her flip-flops as her legs wrapped around the aging embarrassment.

I guess I just want rock stars to stay young forever. I'm not saying I want them to die young, but if they live, I'd just prefer they go into some sort of rock star witness protection program where they are never to be filmed in any way again. They play golf and talk to one another about the good old days, playing Madison Square Garden and that time they had insane groupies sticking squid tentacles into their snatches.
Posted by Dr. Kenneth Noisewater at 9:21 PM

I bet they look much older than their ages too. Abuse your body with narcotics and you end up and wrinkly as Jagger and Richards.

It is hard for me to watch them all get old too. I think sometimes it is more about me not wanting to admit I am getting older and wanting to stay young and full of energy and not ever get super old. It's depressing to see them get old and not nearly as cool as they were because it's a reminder that this is going to happen to almost everyone eventually. I like your idea about what they should be doing instead of doing bad reality shows.

But if there's a fucking NICKEL TO BE MADE, Gene $IMMON$ WRINKLED ASS is ON IT !

Gorilla: That's true. That hard-livin' catches up with folks. Man, that Gene video was too much. I hope I never see it again.

Radio: You like the Rockstar Protection Program? Maybe you and I get that shit started.

Heff: Gene is into the money, without a doubt. Thanks for dropping by, Heff-Man.