You're Entitled To Your Opinion; Your Wrong Opinion

I was just listening to a very funny podcast with Adam Carola and Artie Lange, and Adam was saying how people claim that how funny something is is a matter of opinion, so they can claim "Murphy Brown" was funnier than heyday Simpsons," but they're wrong. He goes on to say that if people can be so called experts on subjective topics such as wine or art, then why can't he be an expert on comedy? 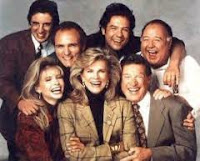 I was so glad someone said this because it's always something I've felt, but I've never been able to frame it quite this well. I knew a chick once who said that she never liked "Seinfeld" and she thought "Friends" was funnier. This was before I was dating her, so I was just trying to tell her that she was flat-out wrong. Then we slept together, and somehow I forgot how someone with such atrocious and idiotic tastes could possibly be right for me. In any event, you just want to say to people like that, "No, you're wrong." 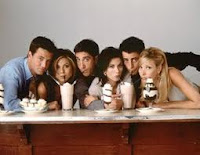 Music is the same way. If someone tries to tell me that 3 Doors Down is a better band than Pink Floyd, I'd just say, "Okay, you're welcome to your opinion, but your opinion spells it out very clearly to me that you are a cultural invalid."


Now, music and comedy are things that I think I know enough about, but films are a little different. I know "Boogie Nights" is a much better movie than . . . let's just say any of those crappy Robin Williams movies. That's fact, but if someone said that "Citizen Cane" is better than "3 Amigos," I would like to say that "3 Amigos" is better because I'd much rather watch it, but I'd be pretty sure that I was wrong. I just don't get "Citizen Cane," but I trust the experts when they tell me how good it is. Still, when El Guapo gets that sweater from his band of marauding banditos, it's just funny as hell. I mean, why would he need a sweater in the desert? "It's a sweater!!"

Okay, anyone want to agree, disagree, or hate me for life for any of this?
Posted by Dr. Kenneth Noisewater at 7:28 PM

I kind of think everything is funny so I would be a horrible judge of which show is funnier than another. I mean I guess I know when something sucks, but can't really tell "better". As far as movies, I always choose (and love) the worst movies.

Nope - I happen to agree with you and all your opinions, so... good to know we're smarter than the average, dull fuckhead! :)

Why does everyone want to be a critic? Instead of grading different comedy shows, just say which ones you find funny. I don't like Citizen Kane either - it seems to appeal to critics because of technical stuff like camera angles.

Totally get and relate to what you are saying especially when it comes to movies. "Step Brothers" makes me laugh and laugh but I am sure it was critically panned compared to something like "The Royal Tenenbaums." I didn't get "TRT" and never will but that is just the way I am wired. I think "Arrested Development" was one of the funniest TV shows ever but according to America "Two and Half Men" is the best TV comedy out there. Well America suck it because you are wrong.

Radio: Well, I would argue if you KNOW that the movies you like are crap, then you can tell good stuff from crap. You just happen to like crap, which is fine. I like a really shitty, don't have to think movie every now and again.

Sybil: I thought you might see things my way. Good girl.

GB: Yeah, I need more than good camera angles to hold my interest. I have tried 2 or 3 times to watch that thing, and I just can't.

Shifey: "Stepbrothers" is bomb-ass. "I have been walking around thinking I had a huge doucher for a stepbrother . . ."