KC and the Coke Prints 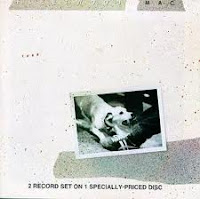 I was listening to "Tusk" by Fleetwood Mac, which is a really good record, by the way. Everyone bought "Rumors," and then there was probably a lot of hype for their next record, and although it is a double album packed with great songs, it didn't sell nearly as well as its predecessor. Perhaps releasing the double album was a bad idea, or they didn't pick the right singles, who knows? 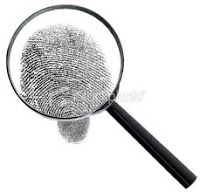 Anyway, while I was paying bills and listening to Lindsey and Stevie and the gang, I was mixing up a protein shake with a whisk, and when I got up to switch to side 3 (of the two record set), my fingers got protein powder all over the vinyl. That shit is impossible to get off of there. If someone is robbing your house, be sure they play with your vinyl collection because it will leave a pefect damn print. 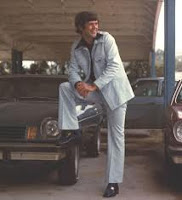 This got me thinking that in the 1970's and 1980's when everyone was tooting cocaine like it was going out of style, people must have gotten coke residue on their vinyls all the time. I'm just picturing a hairy guy in his leisure suit doing countless rails of blow before hitting the disco in search of foxy ladies, rubbing coke fingerprints all over his copy of KC and the Sunshine Band's 1976 release, "Part 3." 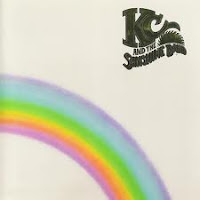 In other news, be sure to check out my open letter Chris, the guy Ali shot down in the latest season of "The Bachelorette." I think you'll find it insightful and wonderfully stupid like only the Good Doctor can do.
Posted by Dr. Kenneth Noisewater at 2:24 PM

I'm GUESSING that the protein is a bit stickier than coke.

I remember the UTTER B.S. HYPE about "Tusk". It didn't come NEAR doing was "Rumors" did.

Heff: Tusk is really good. Maybe if they cut some songs and made it a single album, much like the downfall of the Use Your Illusions G n' R records. As for the coke, I wouldn't know anything about that either. Keep rockin'!

I was having a hard time reading your post because I was rocking out to Howard Jones and "No One Is To Blame." And then I saw the playlist and noticed "Business Time" and then I really rocked out. Sweet, sweet tunes my friend. Have a good weekend.

Shife: I don't fuck-ass around with my playlists by any means. Glad you enjoyed.

I wish you would have stuck around the other night long enough to meet my ex-roommate Jon. You two probably could have waxed poetic about "Tusk" for two hours or so.

Also, I totally forgot to get a picture to prove that I actually met you.

As a matter of fact, I have that KC album, and that is what inspired me to think of the Disco cocaine guy who may or may not have been the previous owner. I think about past owners of records a little more than I should.