Tales from the Rickshaw #2 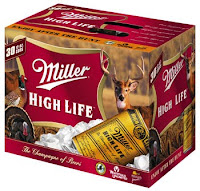 Just after dropping off my last fare* of the night, the chain fell off my rickshaw, and I couldn't get it fixed. I was trying everything, and as far as I could tell, it looked like it should have been working. After a while, a guy with a twelver of High Life under one arm and an Asian girlfriend under the other stops to ask me if I could use some help. He decided that we needed to flip it over to get a look at the chain hooking up to the back two wheels. Oh yeah. Didn't think of that . . .

The guy even went into the supermarket to get us a pair of wet naps to clean the oil off our hands. I told him if he took down my number, I'd give him and Asian girlfriend a free ride any time. I couldn't think of anything else to do for him. He didn't seem like he could benefit from my other job, as he didn't present as a guy who needed counseling.

He turned me down on the free ride, but he said that for doing that he expected some good karma to come his way, and I hope it does. Now I feel like I need to do something randomly extraordinarily nice for someone. Any ideas, Seven Readers?
---------------- 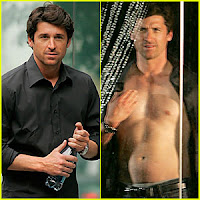 *The guy from my last fare of the night looked just like Patrick Dempsey. I told him this, and his Asian girlfriend (two nice guys with Asian GF's in 10 minutes time!) said that he gets that daily. We discussed Loveryboy, the one where Dempsey plays the pizza delivering gigalo who nailed housewives when they called asking for extra, extra anchovies. His girlfriend was very attractive, but to be honest, looking that much like McDreamy, he could probably take a new girl home every night.
Posted by Dr. Kenneth Noisewater at 11:14 PM

So you had a mechanical date with McDreamy?! Damn I'd be jealous if i wasn't more of a McSteamy fan! ;)

Patrick's def. easy on the eyes though. How great that he stopped to help ya....I do believe that good things happen to good people...and I wholeheartedly believe in paying it forward....so if you "feel" the need to, DO! you'll be all the better for it!

You're missing the point. The guy was a BASTARD.


He didn't offer you a Miller High Life !

I heard a rumor that Dempsey was in Chicago filming a movie. Maybe it was really him!!?!? I will be so jealous if it was. I just want to run my fingers through that guy's hair repeatedly, for hours on end.

Fuck any guy with that much hair. It's not natural.

Lyn: It does feel good to do good stuff.

Heff: I could have used one after that night. Believe me.

Beck: You know, it wouldn't really surprise me if it was him. Guy was a dead ringer.